Artists of the month: March 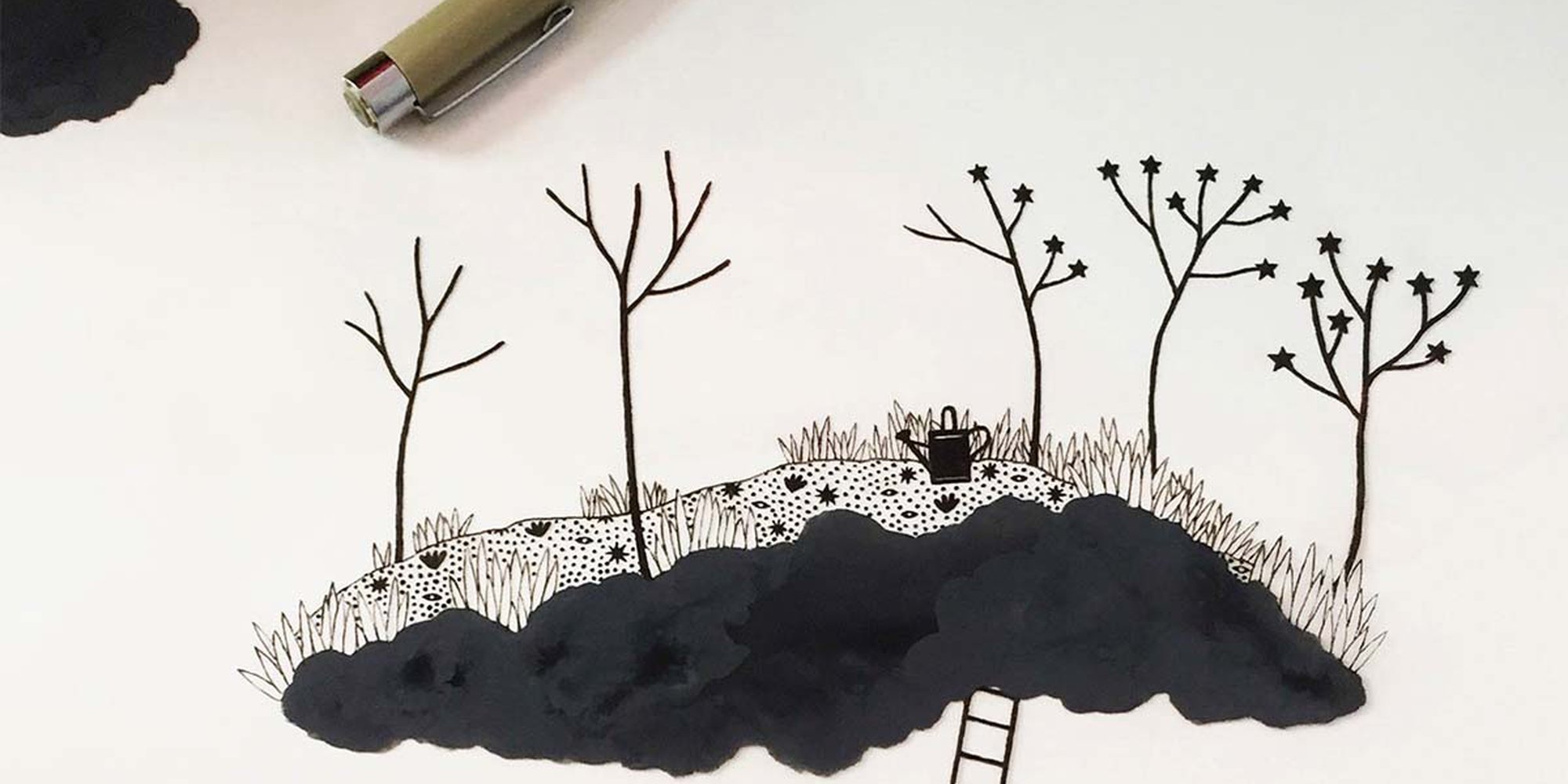 "Vibrant, dynamic and full of nostalgic appeal, Stephen Abela’s paintings are a wonderful celebration of leisure pursuits, from glamorous beach scenes and poolside parties, to scenes in the great outdoors, such as hiking and canoeing. These paintings are a visual feast - escapism at its best - and will pack a punch in any home. They’re also really affordable."

"I have to admit at the outset that I’ve been a huge admirer of Hannah Battershell’s exquisite paper dioramas ever since I chanced on her work at a joint graduate exhibition in London in June 2017. Indeed, I was so struck by her work that I commissioned a small, charmingly dark 2D Edward Gorey-esque ‘Eerie-go-round’ paper sculpture featuring seven eccentric, colourful creatures (including an aardvark-fish, a scorpion-wasp-mouse and a unicorn-mermaid) delineated in exquisite detail, riding a merry-go-round which is decorated with seven beady eyes. And all this, moreover, contained in a small, old, round, decorative Rowntree’s chocolate tin which Hannah allowed me to choose. So it was with great pleasure that I noticed Hannah join Artfinder’s growing stable of artists in December 2019. Here you can find a selection of her miniature tinned wonders (I adore her optical trick, topsy-turvey ‘Sailor(’s Wife)’ and ‘Monarchs’, ‘Sweet Tooth’, and ‘Playhouse 1’ and ‘-2’ which forever await the main actors’ arrival) and prints of other-worldly landscapes. Finding inspiration from many quarters - Medieval illuminations, Japanese and Indian art, and artists as diverse as Tove Jansson, Edward Gorey and William Blake, Hannah’s work is already, deservedly, receiving the attention and acclaim it deserves and is certainly worth your interest and attention."

"David Baker is a Scottish photographer with a love and affinity to the natural word – sea, sky, beach, trees – these are the subjects that David focuses his highly skilled lens on capturing. His images of the sea capture its ever-changing moods – from wild and tempestuous stormy waters to the millpond still calm of early morning ripples, the images capture the majestic beauty and power of the sea. Whether in the form of magnificent triptychs like ‘Uist Blue’ or the dark drama of ‘Upsurge’, Baker places us in the heart of the action with breakers crashing around us and the wind-whipped spray in our faces. The infinite array of blues of every hue illuminating the changing tones of sea as it meets sky. Simple in their subject matter, extraordinary in their intimate portrait of the lifeblood of our island nation. Much of the work is taken along the coastlines of Baker’s native Scotland from the Western Isles of South Uist, Eriskay, Tiree and Berneray which feature in the Scottish Sea Square series, to the rugged Eastern Aberdeenshire coast. Sea Fever is a series of painterly long-exposure seascapes which turn the tempestuous waves into beautiful near-abstract forms, retaining just enough detail in the waves to make them recognisable while the crests begin to smudge and dissipate. As Baker states in the foreword to his book on the series, “we are frequently drawn to the flow of the sea and the ever-changing landscape of shore, sea and sky. Coastal landscapes may often offer a simple geography of a beach, the sea and a cloudscape and as such there is a challenge to construct new and inventive photographic interpretations. Sea Fever is my interpretation of those seascapes and of the close affinity between sea and sky.” We could do much worse than to give in to his wonderful evocative interpretation of this most elemental force of nature."

"Julia’s strong use of impasto and chiaroscuro gives a sense of heightened drama to both her portraits and still lifes, and hints at darker narratives behind. Gripping stuff indeed."

"Firstly, I’m not a cat lover. I do however quite get on with them and like the fact that if you were to die in a room trapped with a cat, it would start eating you as soon as it was peckish, unlike a dog which would die by your side, which paradoxically is the reason why I like dogs. Anyway I digress. Yes, these works are 'kitsch', but rather than using the word kitsch as a slightly derogatory term, I’m going to use it as a celebration. Was Norman Rockwell seen as kitsch? Definitely his work was an idealistic portrayal of a wholesome life that was perhaps in no way the norm for everyday folk. So, do these happy, joyful idealistic little pussy cats make you smile? Yes they do. And are they well turned out and competently made? Yes they are. So in this uncertain time, like Rockwell and Tatjana Bril, I have attempted to give us at least a moment of repose and momentary escape into an innocent world. Show this to any child under seven and they will be swooning with delight. I rest my case. P.S. I can’t resist the baby fox which funnily enough are called kits."

Artists of the month: January

"Salty De Souffle... what is there not like? Original, playful, intelligent, deranged and with the best name ever."

Artists of the month: February

"Beata is drawn to the poetry of the ordinary – lampposts, wall-mounted security cameras, stairwells – all of which are transformed through her lens into abstract architectural beauty."