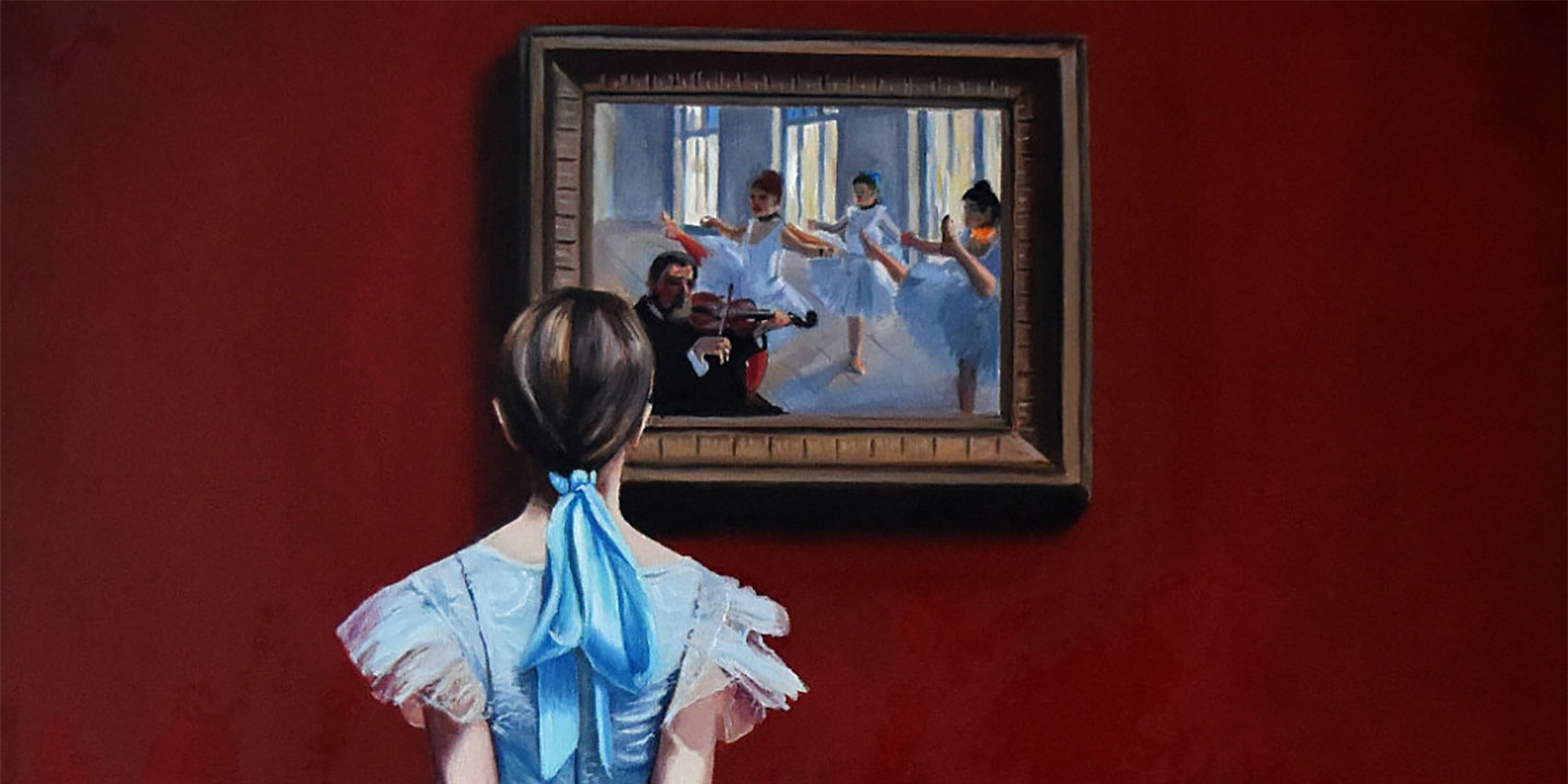 One of the founders of Impressionism, Edgar Degas was born in Paris in 1834 as the son of a banker and his American opera singer wife. You may know him as the guy who painted dancers (did you know over half of his works include ballerinas and dancers?), but Degas is also considered as one of the many fathers of the well-known and loved style of Impressionism. Degas co-parented the movement alongside Monet, Manet, Renoir, Pissarro and even Cassat, who he later became close friends with.

Mostly self-taught with a bit of art education on the side, Degas was admitted into the École des Beaux-Arts in Paris, but soon dropped out to pursue his artistic interests in Italy, where he spent three years studying the works of the Renaissance masters and making endless copies of their paintings.

A lifelong fascination with ballet

Degas is best known for painting ballet dancers, capturing their grace and power in a way never attempted before in art. Young women in delicate tutus populate more than 1,500 of his paintings and drawings and are some of the most recognisable figures in his art.

In 'The Dance Class', we get a glimpse into the gruelling work that goes behind a ballet show, while in 'L’Etoile', we look at the ballerinas curtsying at the end of the show from the perspective of someone hovering backstage. Degas liked to capture his subjects at their seemingly most candid, be it stretching, waiting backstage or scratching, in all in an almost photographic manner.

From the races to Christie’s

A multifaceted artist, Degas was not only passionate about the ballet, but horse racing as well. He created more than 45 paintings of horse races, and just like in the case of ballerinas, he liked to focus on the moments the horses were filled with nervous energy at the start of the race, instead of the event itself. Degas was more of a behind-the-scenes kind of guy. His paintings were more about building tension and anticipation for what the viewer thought was meant to come.

Paint was not the sole medium Degas choose for his art – he dabbled in sculpture and pastels as well, together with drawings that make up a catalogue of thousands of studies.

By the late 1860s, Degas shifted his initial focus and began to capture café life in an attempt to paint ‘real life’, something that he encouraged other artists to do as well. Degas’ 'L’absinthe' became the first Impressionist painting to be auctioned at the famous Christie’s. When he first presented the painting at the third Impressionist exhibition in Paris in 1877, Degas was accused of using alcoholics as models, but he attested that they were just ordinary people in a bar. The painting was purchased by Alexander Reid, a Glaswegian art dealer for £180, but today it hangs with pride in Musée d’Orsay in Paris.

During his life, Degas was rather controversial and the public reception of his works was a mix of admiration and contempt. This continued after his death, and while there is no doubt that Degas is considered one of the greatest Impressionists, his legacy has become a subject of scrutiny for contemporary critics, who have commented on the misogynistic overtones present in his portraiture of women and girls (we're also looking at you Picasso!). Even so, Degas’ paintings showcase the hand of an artist obsessed with perfection.

During the last decades of his life, Degas continued to paint, but became mostly known as an art collector. He never married, but had a very large circle of friends, including many of the other Impressionist painters of the period and female companions such as American painter, Mary Cassat. Degas died at the age of 83 in Paris, the city not only where he lived most of his life, but which inspired many of his iconic paintings.

Choose a Degas-inspired work to bring some Impressionism into your home.

Van Gogh's art has inspired and captivated many. He wasn't just a man who cut his ear off.