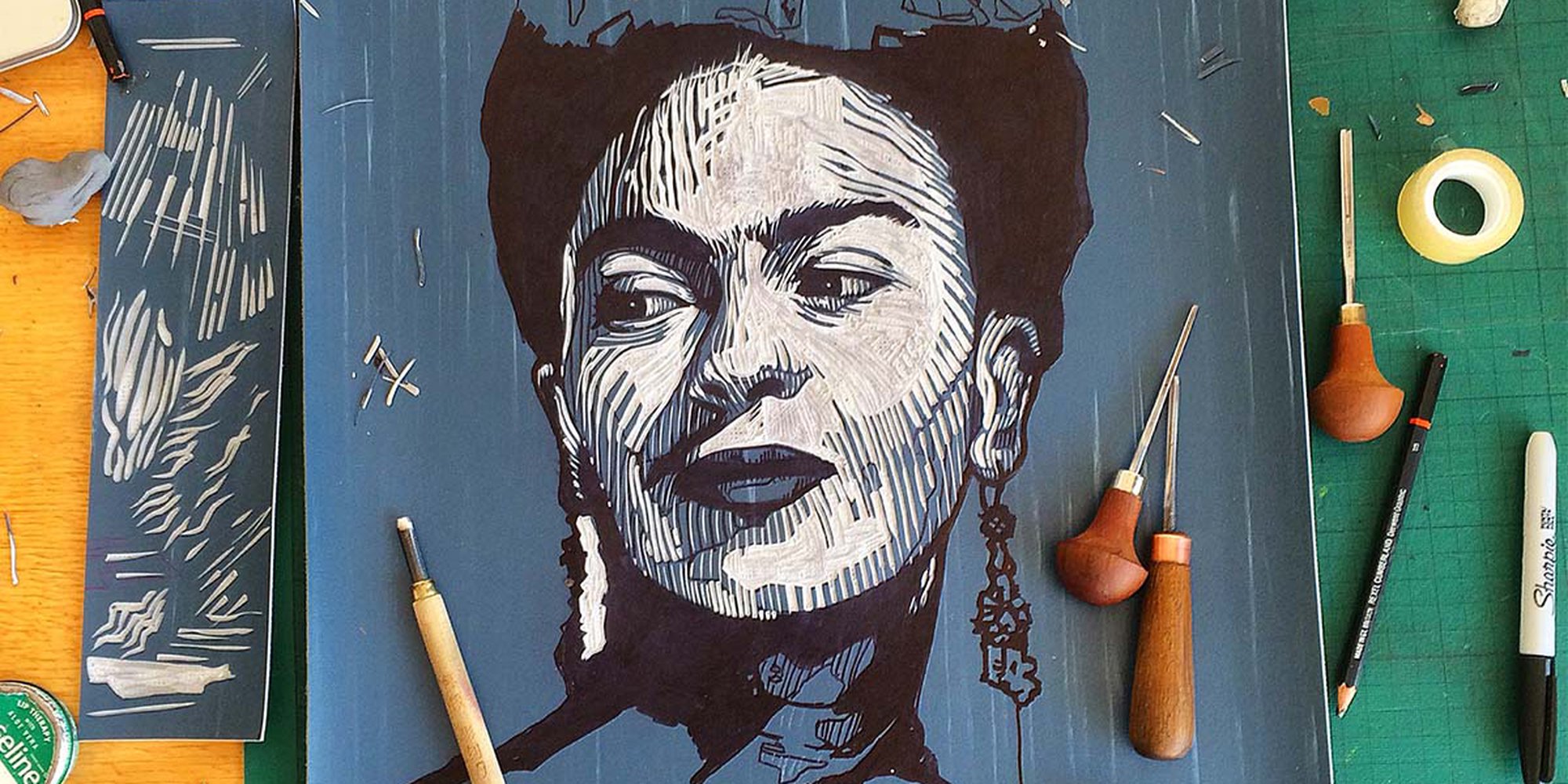 A bold monobrow and a moustache proudly sitting above the lip of a woman – it’s what pops into mind when the name ‘Frida’ is mentioned. But who is Frida Kahlo? Certainly, she was much more than a woman who didn’t seem to own a pair of tweezers. Read on to find out more about Mexico’s most treasured cultural asset.

Who is Frida Kahlo?

Feminist and queer icon. Scorned woman. Survivor. Artist. No matter if you’re an art aficionado or novice, Frida Kahlo is as recognisable as Marilyn Monroe or Beyonce.

Often identified as a Surrealist and a true daughter of her beloved homeland of Mexico, Kahlo let her heritage define her. Born Magdalena Carmen Frieda Kahlo y Calderón in Coyoacán, Kahlo had German and Hungarian descent through her father, and Mexican and Native American roots from her mother. Through her support of the Mexican Communist Party, she met her future husband, Diego Rivera, resulting in a marriage that was often volatile.

Kahlo is best known for her brilliantly coloured and unapologetic self-portraits in which she appears elaborately clothed in traditional Tehuana costumes. Her roots and relationships were explored extensively in her work, which was also haunted by physical pain following a bus accident which resulted in more than 30 operations. Ouch.

An intense realism in an otherwise surrealistic style of painting defines most of Kahlo’s works. In one of her most significant self-portraits, ‘Self-Portrait with Thorn Necklace and Hummingbird’ (1940), Kahlo depicted herself as resurrected - a feeling that engulfs her entire work - as she desperately wanted to start a new life free from the pain that tortured her every day.

There is no escape from Kahlo’s face when you contemplate each of her paintings. In ‘The Wounded Deer’ (1946), she depicts herself as a wounded deer, with the body of an animal and the face of a painter.

In one of her most famous works, ‘The Two Fridas’ (1939), two Kahlo’s sit side-by-side with their hearts exposed. One Kahlo wears bold coloured clothing and her heart is intact, while the second Kahlo has a wounded heart and dressed in bloody white clothes. Duality is a concept that occurs frequently in Kahlo’s work, and in this particular case, it is believed that the two figures represent the loved and unloved versions of herself.

When Kahlo was a child, she survived polio. Following her bus accident at aged 18 - in which her pelvis was impaled by an iron handrail - she continued to seek various treatments for her chronic pain, but with little success. By the beginning of the 1950s her health issues became all-consuming and by 1953, she had part of her right leg amputated to stop the evolution of gangrene.

Her piece, ‘The Broken Column’ (1944) depicts a nearly nude version of Frida split right down the middle. She wears a surgical brace with her spine revealed, taking the form of a shattered decorative column. The painting was completed in a period during which Kahlo had several surgeries and had to wear special corsets for her back.

The visual representation of her pain is also eloquent in other paintings, such as ‘Without Hope’ (1945), in which she portrays her struggle with being forced fed due to her malnourishment after surgeries.

Kahlo also painted her inner pain. ‘A Few Small Nips’ (1935) reflects her state of mind after learning that her husband, Diego, was having an affair with her sister, Cristina. She paints herself lying on a bed having been murdered, with a masculine figure towering over her.

While Kahlo’s pain and longing is visceral in her work, her legacy is that of an artistic visionary. Much more than a monobrow, Kahlo is a symbol of stoicism, suffering and transcendence.

Surrealism, the art movement that explored the deepest and darkest inner workings of the subconscious. Deep-dive into the mind.

Van Gogh's art has inspired and captivated many. He wasn't just a man who cut his ear off.