Pastel art: it’s a medium, not an aesthetic 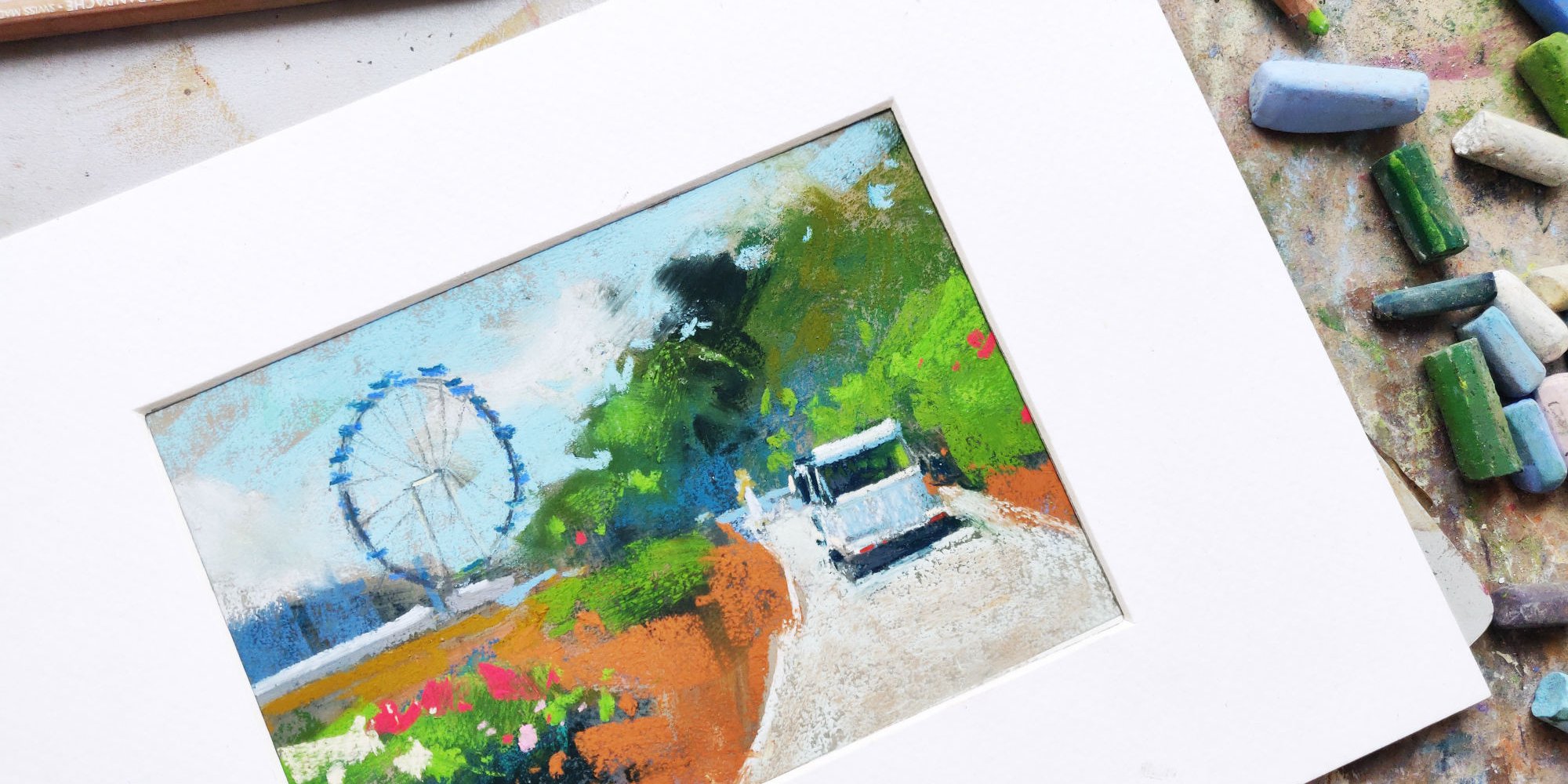 Pastel art can be few and far between, so we’re shining a spotlight on the special pieces we have. And no, we’re not talking about the soft aesthetic of your instagram page. Pastels are an art medium, not only a grouping of colours - despite what social media influencers are trying to get you to believe.

Now, the terminology may be confusing cause we’re throwing ‘pastel’ around everywhere so here’s a breakdown: an artwork made using pastels (the sticks) can be simply called a pastel, or a pastel painting. Pastel used as a verb means to produce an artwork with pastels, but use it as an adjective, and it means pale in colour. Get it? Good.

Here’s your art 101 crash course on pastels as an art medium.

What exactly are pastels?

A pastel is typically in the form of a stick, consisting of pure powdered pigment and a binder to hold it all together. The pigments used in pastels are the same as those used to produce other art mediums, including oil paints, so they’re not much different. The colour effect of pastels is closer to the natural dry pigments than any other medium, which sometimes gets you that soft colour everyone raves about.

Pastels are widely loved because of their strong pigmentation, and thus, their ability to be the only medium needed. You only need a piece of paper and a pastel and you are off creating pastel art ─ no other materials needed. Pastels are independent and they don’t need a man … although, they do require an artist.

The history of pastel art

The manufacturing of this medium began as early as the 15th century, however, when it was mentioned by a little man known as Leonardo da Vinci in records. At that time, many French artists, including Joseph Vivien, were creating pastel art, but some used it only in their studies to become artists.

Pastels have been used by artists since the Renaissance, and gained considerable popularity in the 18th century, when a number of notable artists made pastel their primary medium. Pastel paintings became fashionable, especially for portraits. Other artists used the pastels for still lifes as a way to be outside of the box.

France had a rocky relationship with the medium, though, because it started out popular but then dramatically fell from the public eye during and after the French Revolution. But by the mid-19th century, pastels were back on top, with famed artists like Édouard Manet using them for portraits again. Edgar Degas later was an innovator in pastel technique, and it became his primary medium after the late 1800s, so the French must have rediscovered their love for pastel art.

That love soon spread to the U.S., including to Mary Cassatt, who introduced the Impressionists and pastel to her friends back in the states. The medium is now still falling in and out of popularity after its long history.

There are four combinations you can have of pastels: soft chalk, soft oil, hard chalk, hard oil. Here’s a bit more details about which kinds you can choose.

These pastels are not the ones teachers use on blackboards, or what you used to draw on pavement as a kid. Chalk pastels are made with calcium carbonate mixed with only a little bit of colour, so they typically have a paler colour than other pastels, like oils. If you’re looking for a pastel pastel (get it?), then use chalk pastels to create a dreamy, ethereal approach.

Now, if you’re want a brighter hue, reach for the oil pastels, which are made with a pure pigment, a non-drying oil and wax binder. These babies will transport you back to the days of neon colours, hippies and peace signs.

As a wild card, there’s also water-soluble pastels that allow colours to be thinned out to be semi-transparent. They also are easier to blend and mix with, if that’s more your speed.

People tend to prefer things soft: puppies, pillows, criticism. Well, soft pastels are the more commonly-used form of pastel as well. Soft pastel sticks have a higher portion of pigment and less binder, resulting in brighter colours. The drawing can still be smudged and blended, but there is more dust because there is less binder.

Hard pastels are the opposite of soft pastels and they have less pigment and more binder. They are firmer to work with, since they can be sharpened, but the colours are not nearly as vivid. Hard sticks are typically good for marking sharp lines and details, including outlining, in a pastel painting.

You can even choose different shapes of the stick itself, like round or square. This doesn’t affect the pastel much, but it does affect the way you make your pastel art. If an artist wants something easier to work with though, they can use pastel pencils instead.

Pastel art may sound like it’s child’s play, especially since you may have played with them as a child, but they have a long history in art and can create some vividly beautiful work.

A ubiquitous term in the world of photography, bokeh is a concept that may elude beginners. Find out everything you need to know about the bokeh effect and how it transforms perceptions of art.

From peculiarly altered street signs to the graffitied walls of sprawling urban cities, street art has the power to alter what would otherwise be an average walk to work.