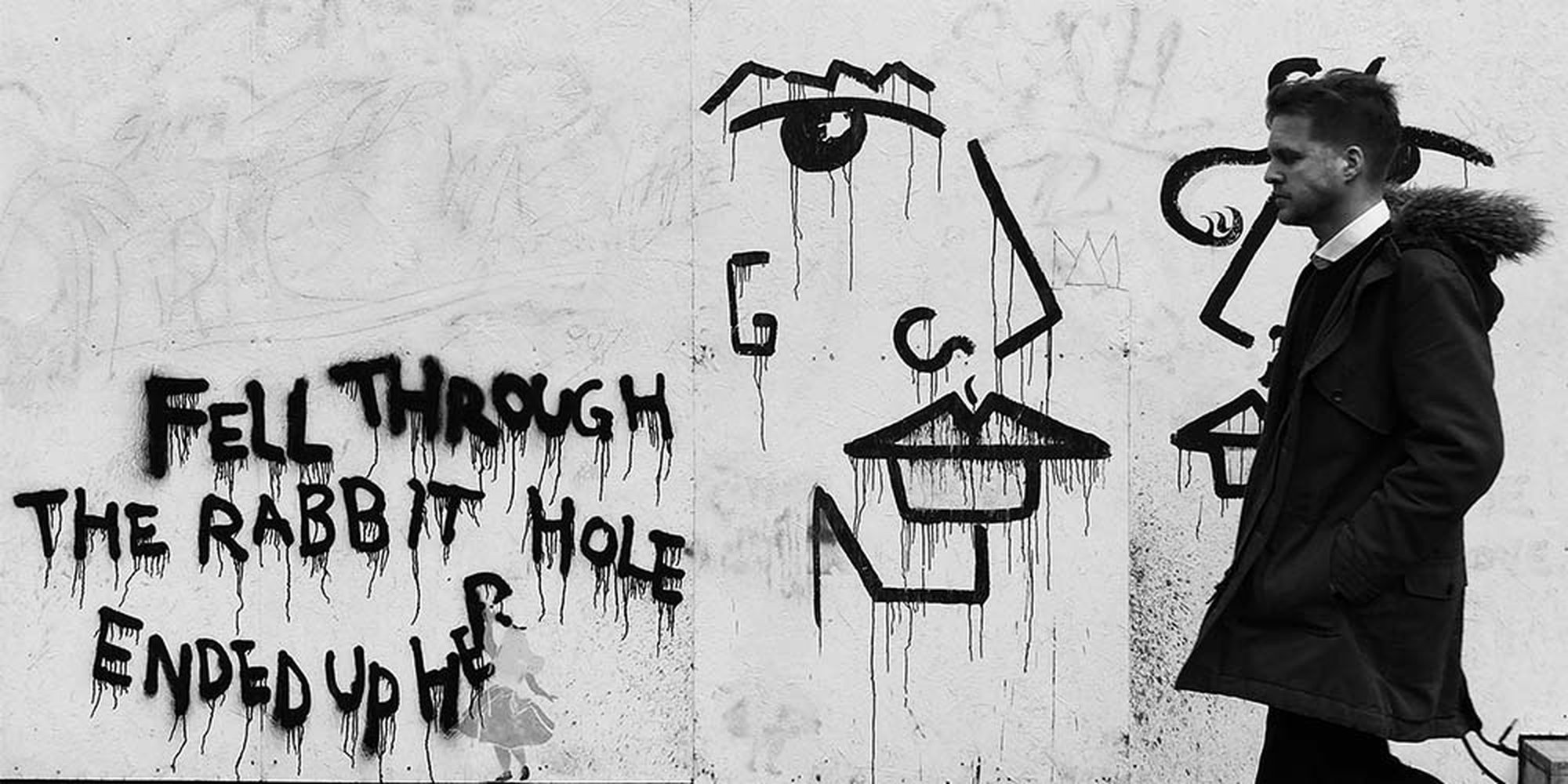 From peculiarly altered street signs to the graffitied walls of sprawling urban cities, street art has the power to alter what would otherwise be an average walk to work. Not only can street art make people crack a smile, it can advocate for pressing issues in the public sphere and promote social change.

Contrary to what your grandparents may tell you, street art is an art in its own right and we’re here to tell you why.

Street art is any form of art that can be stumbled upon when walking along the street. Street artists tend to work under pseudonyms and repeat the same style or symbol to attribute their work. A perfect example of this is the artist, Invader, who is iconic for his pixelated, video game-esque pieces.

Street art began as an outlet for artists to speak out against the social and political issues of the time - this is something that still holds true today. However, street art has also become a way for artists to express themselves. From murals to graffiti and sculpture, street artists are becoming increasingly more creative with how they take their art to the streets.

Take the mysterious Banksy. Though known for his stencils, in 2015 he held a pop-up exhibition, 'Dismaland’ which took on the form of what Banksy calls 'a theme park unsuitable for children'. From agitated security guards to an industrial replica of Cinderella’s castle, the exhibition uses politically and socially charged sculpture, performance and murals to mimic the experience of a theme park, but in a very unconventional way. And let's not forget Banksy's recent visual-art-cum-performance-piece, where one of his most iconic pieces, 'Balloon Girl' was shredded by its very own frame as the final hammer fell at a Sotheby's auction.

So why the streets? Painting a mural on the side of a building reaches an audience who may not otherwise go to a museum or gallery. Street artworks also tend to be site-specific, meaning that the works would completely lose their meaning if they were placed anywhere else (or in 'Balloon Girls' case, take on a new meaning entirely).

What's the difference between street art and graffiti?

Contrary to popular belief, street art and graffiti are not mutually interchangeable terms.

Typically using spray paint, graffiti artists ‘tag’ text and images on the sides of buildings and trains. Back in the 1920s and 30s, it was a medium used by gangs. By the 70s and 80s, it was used by rebellious youth to address the social and political injustices of the era. All too quickly characterised as wasted youth, graffiti artists have a voice that is just as powerful as the artists you may see at the Tate. After all, Keith Haring and Jean-Michel Basquiat began their careers as graffiti artists (Don’t remember? Catch-up on Haring and Basquiat.

Street art, however, is a far more open term which actually encompasses graffiti art. In fact, it evolved out of the provocative principles of graffiti art. Therefore, street art is art of any form, be it stencilling, fly-postering and even video projections.

So, how can street art exist on a canvas?

Street art has inspired a whole new movement of artists who don’t work on the streets, but instead have taken the styles and techniques from street art to their studios. However, a large majority of artists actually working in the street today also have their own studios that sell merchandise and canvas pieces or prints. But why do street artists offer alternative options for buyers, especially considering the political nature of their art? The simple answer is, it depends on the reason of the individual artist.

The idea of open studios goes back to Haring’s, 'Pop Shop', which opened in 1962 in New York. While his critics saw this as him selling out, Haring, whose artistic mantra was ‘art for everyone’, argued that the Pop Shop was just an extension of his work. Essentially, it’s a way for artists to reach and connect to a wider audience without having to travel from gallery to gallery.

However, other artists like Artfinder’s, Kev Munday, create and sell canvases to generate an income. It’s important to note that the majority of street artists work without commission and therefore can be an unsustainable choice of career.

Street art is a genre that has only recently gained credibility in the high-end art world, something that we at Artfinder find surprising. As a medium that encourages artists to think creatively in the way they use the public sphere to address the public, we wonder how could it not be credible?

How to buy art: A guide to buying artwork online

Do you find yourself in a bit of a pickle when you try to buy art online? Read on to discover our tips on incorporating artworks into your home.

Our CEO, Michal, discusses Artfinder's mission and values, and how special our community really is.