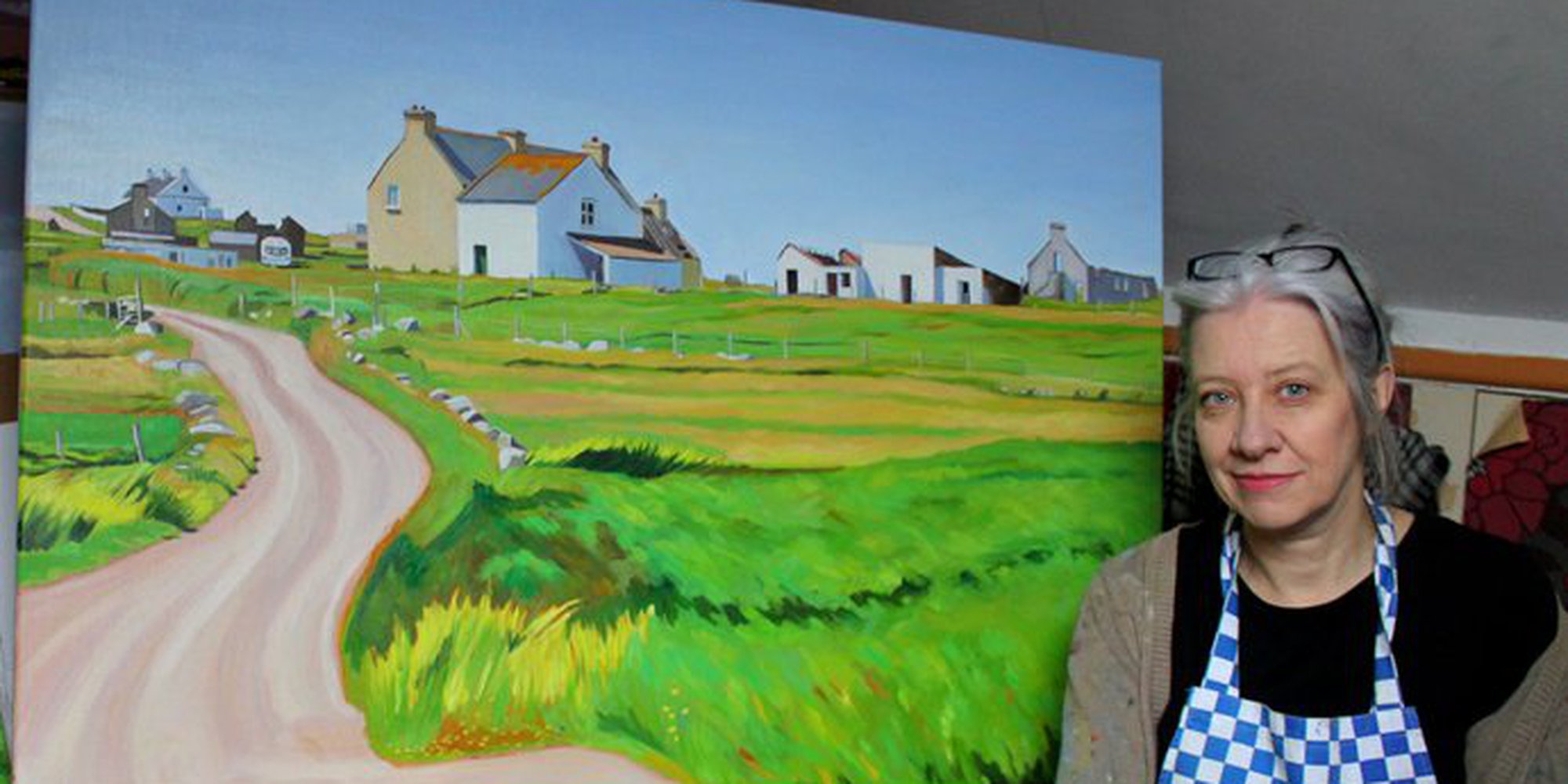 Emma Cownie, who became a full time artist when a car crash left her with PTSD and unable to work her job as a teacher, recently talked to Artfinder staff as part of mental Health Awareness week about mental health issues and breaking her leg during the pandemic.

"The pandemic was very difficult for everyone but I also had the misfortune to break my leg and be laid up for several months. It gave me the opportunity to reflect on my own reaction to this physical health crises as opposed to the mental health one I experienced after developing PTSD in 2012."

"Despite the enormous pain, frustration and inconvenience of breaking my leg, it was “easier” to be physically broken than mentally. I received a lot of sympathy and people were keen to hear the story of how it happened (it’s a long story which involves being carried out of the woods by the fire brigade on a stretcher by torch light)."

"In contrast, when I experienced burn-out and PTSD, my main experience was of isolation, shame, fear and embarrassment. For a long time, I didn’t feel that many people wanted to hear about my experience. One of the few positives of the pandemic is that people have been more open about how they have struggled with their mental health. The joy of doing things with your hands/body such as gardening, yoga, painting, baking has saved a lot of people’s sanity. Art continues to keep me sane."

Emma Cownie initially joined Artfinder in 2013 after a car crash left her suffering from PTSD and unable to work her job as a history teacher. Emma explains, “I have painted all of my life, but after the crash my style changed dramatically – it became much more expressionistic. Painting helped me through that very tough time and is still therapeutic.”

“I joined Artfinder early in 2013 and had sales success pretty much immediately. It felt so liberating to learn that I could sell my work online, and that there is a global audience for it. I have now sold paintings to countries all over the world including Australia, the USA, Canada, Malta, Belgium, the Netherlands and all over the UK.”

Emma used funds from her Artfinder sales to build a studio and art gallery space beside her home in Brynmill, Swansea.

Get to know our team with our new Q&A feature. Today we meet Oihana, our Senior Product Designer

Get to know our team with our new Q&A feature. Today we meet Rebekah, our Senior Digital Marketing Executive