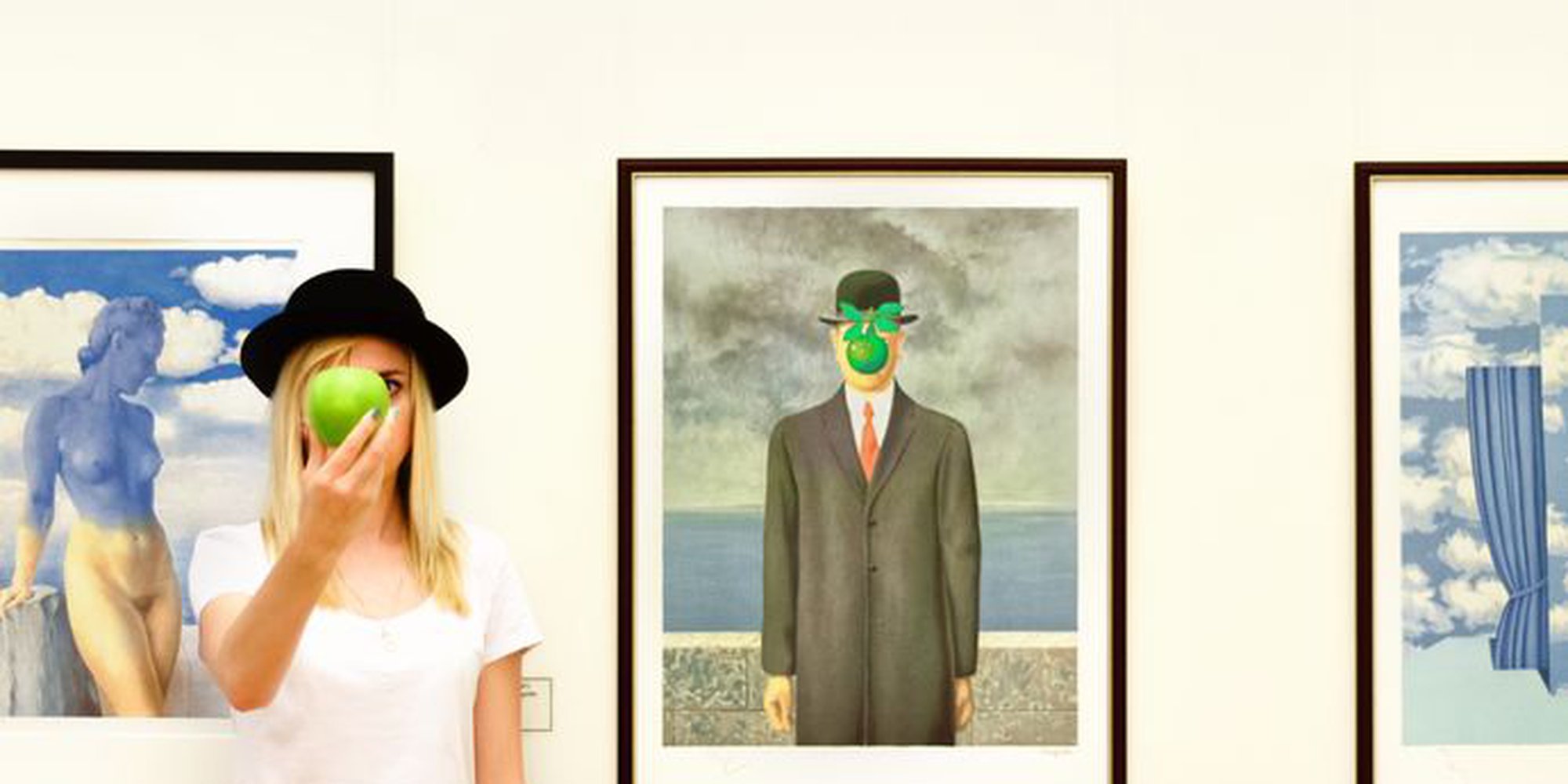 Surrealism, the art movement that explored the deepest and darkest inner workings of the subconscious, was founded in 1924 by the French poet and writer, Andre Breton. Once a member of the Dada movement, Breton decided to start a movement of his own and thus wrote the Surrealist Manifesto. With Surrealism came revolutionary artistic practices and explorations of the psyche.

Yes, Surrealism is weird, but let’s back up a bit. Where did all of these ideas come from and how has it been explored through art? Let's find out.

How did Surrealism begin?

The story of Surrealism began with Sigmund Freud and his theories about the unconscious mind. Breton obsessed over Freud, but one idea he found particularly fascinating was that the unconscious mind - which is responsible for dreaming - is a source for artistic creativity.

The unconscious mind was revolutionary when applied to artistic practice, as it challenges the most fundamental notions we hold about artistic production: that art is the result of a single artist’s creative imagination.

With this theory in mind, Breton and the artists he welcomed to the movement used the idea of Automatism when approaching their art. This stream of consciousness approach encouraged artists to produce art without thinking, and allowed their subconscious to take over.

It's similar to drawing a picture with your eyes closed. Try it for yourself.

Who were the Surrealists?

While Breton welcomed artists and writers into the Surrealist movement, he was also very quick to excommunicate members who crossed him.

Politically, Surrealism was a far-left movement, as Breton himself was a Marxist. Breton hoped his newly founded movement would go so far as to unleash the minds of the masses from the rational order of society. Surrealist icon, Salvador Dalí, was quite the opposite in his political views, and after refusing to condemn Fascism, was thrown out of Breton's group.

While Breton controlled the movement as it existed in Paris, Surrealism started to expand outside of Europe at the beginning of WWII. As the war developed, artists from across Europe fled the continent for countries like the US, bringing the ideas of Surrealism along with them.

Just like any other movement that was sprung by the ideas of a single individual, not all Surrealist artists remained true to its original beliefs. Over the years, Surrealist theory has been adapted to fit the particular interests of each artist, from Dali, to Magritte and Miro.

Arguably the most recognised Surrealist was Spanish artist, Salvador Dalí. He’s famous for painting the melting clocks in ‘The Persistence of Memory’, but the extent of his fame may have something to do with his fantastic moustache and that time he walked his anteater around Paris.

Drawing inspiration from Renaissance masters, Dalí’s work is characterised by themes of eroticism, death and decay, which he communicated through his use of symbolism. For example, the red clock in ‘The Persistence of Memory’ is covered in ants to represent decay and the unavoidable shortness of life.

Dali’s work extends outside the realm of painting, as he continued these themes through performance pieces and his very famous cookbook, ‘Les diners de Gala’.

In addition to Breton’s Automatism, Dali drew ideas from his self-invented process, the ‘paranoiac critical method’, in which he used self-induced hallucinations to gain further access to his subconscious. To quote the man himself, “I don’t do drugs, I am drugs”.

In essence, Dali’s work and persona embodied the Surrealist theme of ‘bringing the inside out’ and turning the everyday into the surreal.

Once an Impressionistic painter with a background in advertising, Belgian artist, René Magritte’s style took a turn following his move to Paris and encounters with Breton.

Magritte’s illusionistic and dreamlike pieces strayed from Breton’s Automatism, as he favoured more representational pieces to convey mystery. Magritte approached his work by placing objects in unfamiliar spaces and giving new meanings to the familiar.

One of Magritte’s more famous pieces is, ‘Ceci n'est pas une pipe (This is not a pipe)’’, which shows a pipe painted on an advertising poster with its title written below the image. The treachery is that it’s not a pipe at all, but merely an image of a pipe. Are you still with me? Magritte reminds us to not be so trusting of our eyes and to question the images that we see, no matter how recognisable.

Magritte maintained that his artworks had no hidden meaning and the importance of the artworks were the images themselves. While this may seem a little strange, the meaning of Magritte’s artworks lies not in what is behind the image, but what the viewer sees.

Of all the Surrealist artists, one of the most loyal to Breton’s founding ideas was Joan Miró. Who, oddly, was never officially invited to join the Surrealist movement.

Miro’s early works show traces of influence from the Fauves and Cubists in Spain. However, in 1924, Miro’s work dispelled chaoticism as he transitioned to Surrealism and the Automatic approach to artistic creation.

Miro’s Surrealist body of works are recognisable by his very linear approach to rendering colours and images. There is a strong sense that the images are transferred directly from Miro’s mind and onto the paper, without any prep or planning. However, while Miro’s artworks appear to be uncalculated, the artist did partake in careful planning of each piece.

The result is a body of work that is not entirely abstracted, but uses recognisable imagery, such as birds. An example of this can be seen in his piece, ‘Women and Bird’.

Surrealism served as a major influence for some of the most groundbreaking artistic movements, such as Abstract Expressionism and Pop Art.

Many historians mark the death of the Surrealist movement with Breton’s death in 1966, but others consider the movement as still just as relevant now.

Today, Surrealism is still evident in artworks such as Cindy Sherman’s ‘Sex’ (which we think are grotesque and anything but sexy), as well as in the artworks created by Artfinder artists, Miss Anela and Achraf Baznani, who explore the ideas of chaos and dreaming.

More from the surreal

Baring it all: a history of the nude