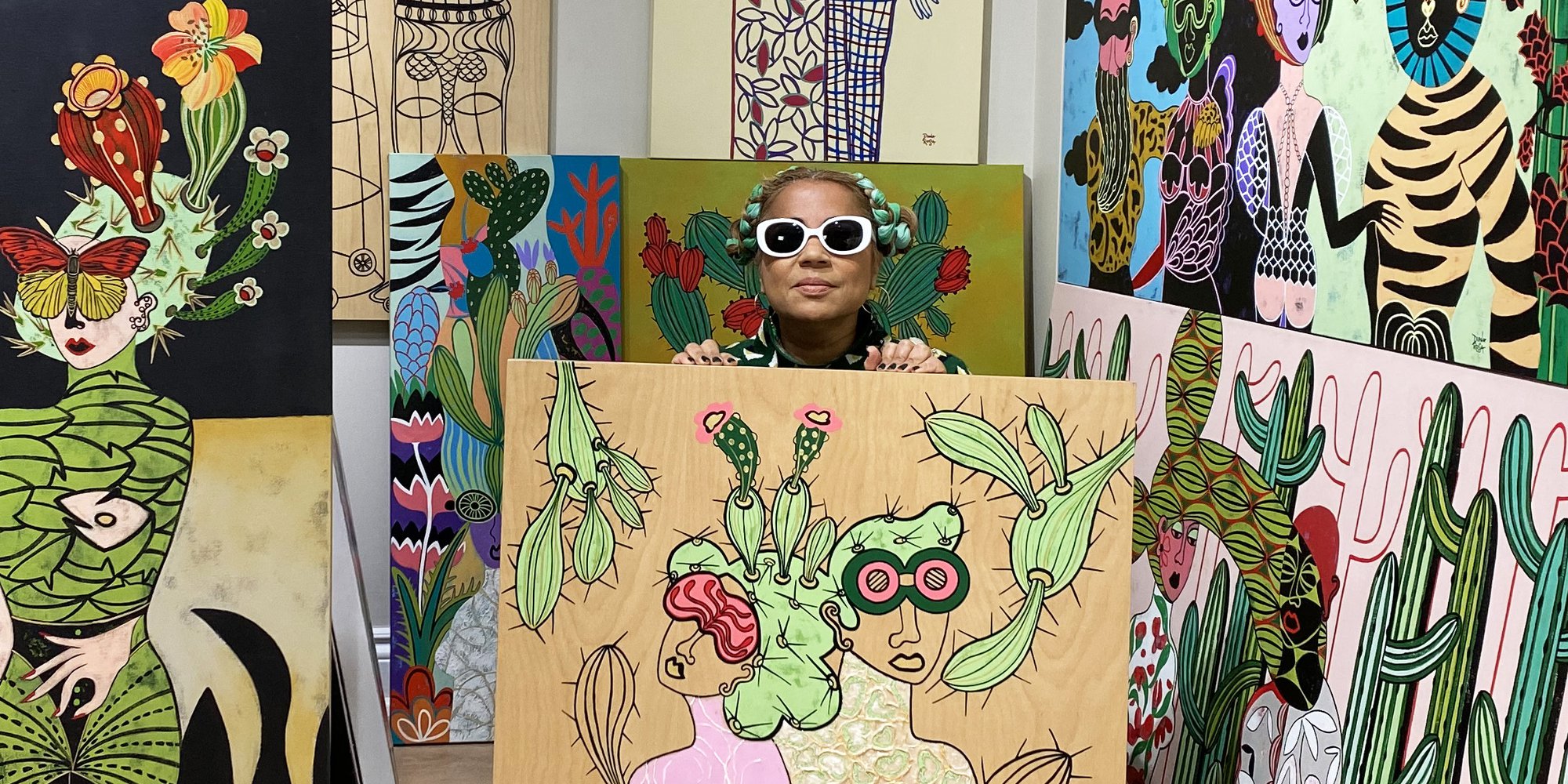 If you’re a traditionalist at heart, you may have dismissed naive art as a legitimate style. Certainly in the past, naive or ‘outsider’ art was the term to describe pieces made by those without formal training and who rejected conventional approaches to technique and form.

But, as we know, an artist doesn't need to go to art school to become an artist and art that is made by the 'untrained' isn't any less emotive. In fact, we'd argue that naive art does away with technique in favour of feeling, resulting in highly intuitive pieces. But don't take our word for it - let's discover the pioneering artists behind the style.

Who was Henri Rousseau?

Henri Rousseau - self-taught artist and tax collector - is the most well-known of the post-impressionist, naive artists. Active throughout the late 1800s, he was ridiculed for the flatness and childlike qualities of his work. At the time, it was evident that he lacked any formal artistic training through his wanton use of jarring colours and incorrect proportions. As one journalist so delicately put it, "Monsieur Rousseau paints with his feet with his eyes closed".

A Frenchman who had never travelled outside his own country, what's interesting about Henri's most famous works such as The Dream, is how he used the resources available to him as his inspiration. Zoos, magazines and trips to Paris were all sources for him to create his dreamlike, fantastical scenes.

Far from the likes of Monet and Constable of the same era, Henri’s work wasn’t appreciated until Picasso discovered one of his canvasses being sold on a Parisian street corner. Now, his pieces are displayed at MoMA.

André Bauchant came a little later to the scene than Henri Rousseau, born in 1873 and working as a gardener until WWI. During his time in the war, André was recognised as skilled in drawing and became a mapmaker, until being demobilised and returning to life as a farm labourer. By 1921, André had dedicated himself to becoming an artist and subsequently showed at his first exhibit.

Depicting landscapes, mythology and history, André's work was described as mysterious and awkward, and with a likeness to Medieval paintings. Today, André's art sits alongside Henri Rousseau's at MoMA.

While naive used to be art made by amateur artists, it is now more of an umbrella term for artworks that are flat in composition, with a certain mysterious, surreal quality - taking the ordinary and adding a twist of enchantment. In one word? Magic.

Photorealism: This is real talk

These artworks are paintings and drawings, not photographs. We bet you’re just as shocked as us.

Are you in a bit of a small art pickle? Here, Shannon Kaye, Director of Business Development for stARTup Art Fair lends her expert advice for incorporating small art into your home.