Minimalist art: will it work in my home? 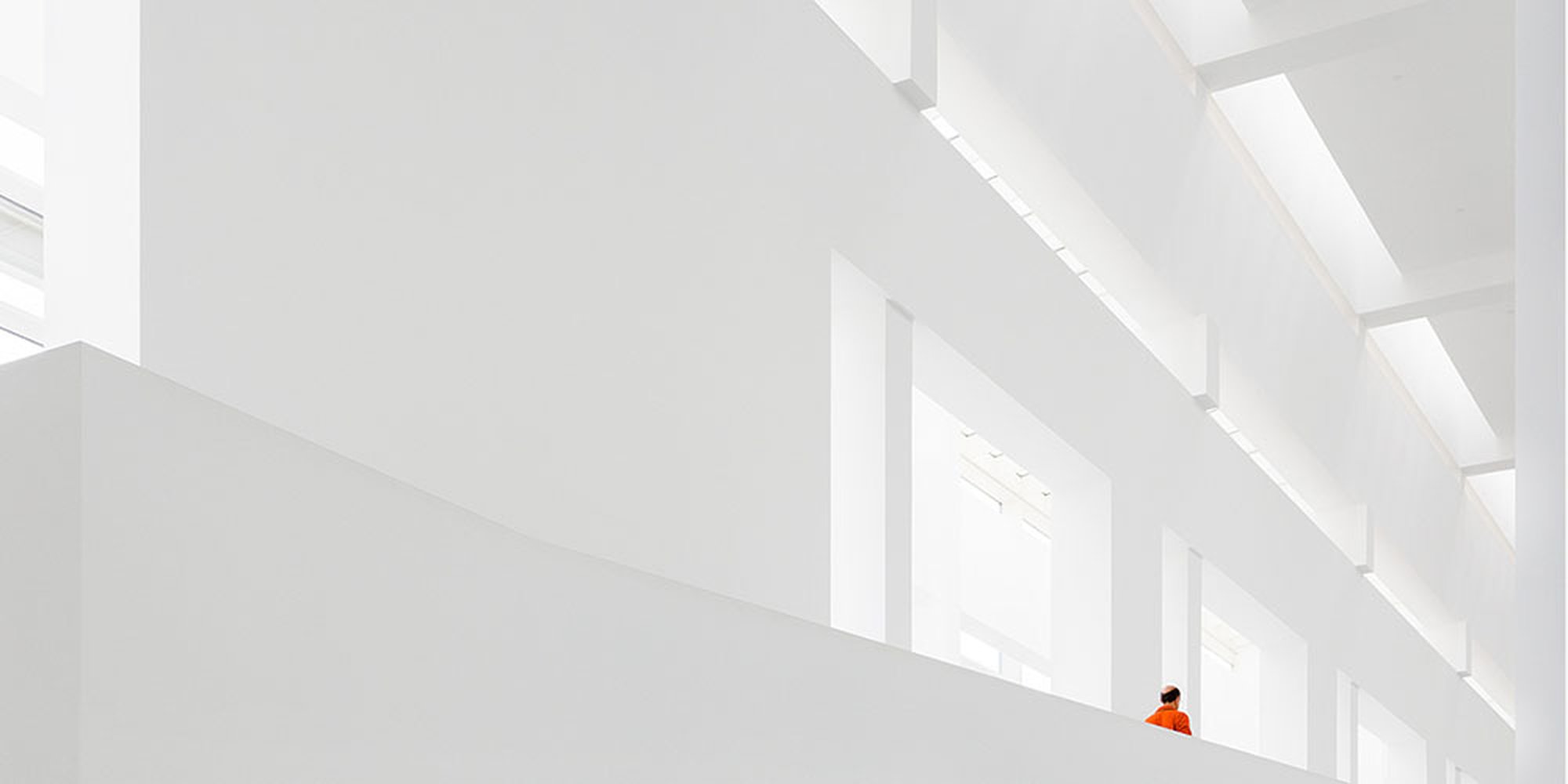 Minimalist art; what does the term evoke for you? In terms of the interior design trend, your mind may flash unfavourably back to the chrome-laden nineties of next-to-no colour, all too neat lines and stark interiors. Interior styles often swing from one extreme to another and hence, from around mid-2000, favour found its way to vintage, shabby chic, patterned and bright interiors. So, as homes became brighter and bolder, so too the style of art we bought.

But is there still room for minimalist art in our homes?

The short answer is: absolutely yes! Trends have been shifting towards neutral palettes - albeit softer hues and textures - but even if that’s not true for your home, a minimalist painting can still be incorporated into your interior. When choosing your next artwork, understanding not only how to incorporate a minimalist piece into your home but where the style sprung from, can take your aesthetic to the next level.

What is minimalist art?

Minimalism dates from around the mid-20th century, coming from a new generation of artists tired of what they considered stale abstract expressionism, and who wanted to reflect a different style of reality. These minimalist pioneers would strip images back to their essence, often choosing geometric patterns such as squares and rectangles. Monochrome - meaning black and white or shades of the same colour - tended to be the palette of choice.

While artists rejected abstract expressionism, some earlier key figures within the abstract movement still remained influential on minimalist artists. If you’re an art buff, you may recall suprematist artist, Kazimir Malevich and his controversial ‘Black Square’. How about Piet Mondrian and the De Stijl movement? Indeed, elements of Russian constructivism and suprematism, as well as geometric abstraction can still be detected in contemporary minimalist art.

Early proponents of the movement were artists such as Agnes Martin, Donald Judd and Frank Stella. Sculpture featured heavily in minimalism, with both Judd and Stella combining sculpture with wall art. The aim for these artists was to make the viewer react to exactly what’s in front of them, without trying to conjure any hidden meaning. As Stella once said, “What you see is what you see”.

How minimalist art can work in your home

When we think of the minimalist art movement, we tend to think of rigid squares in black and white. While Martin, Judd and Stella did focus on space and form, these days the interior trend lends room to softer lines and textures. You don't need to stick to pure squares and rectangles to create a minimalist interior!

Sculpture is a striking way to introduce art into the home - it would certainly naysay any preconceived ideas of minimalist art as boring. Sculpture as wall art (or reliefs), can give a great sense of depth and texture to a room, not to mention a great talking point! Smaller pieces can also work really well atop a wooden sideboard, unifying a mid-century look.

Minimalist paintings, especially in monochrome, can work to contrast busier surroundings. Conversely, colourful minimalist pieces look incredible against a neutral white or soft grey interior. Use of geometry and lines draw the eye and stand-out against softer furnishings found in homes, again making for dramatic effect.

Minimalism needn’t mean boring and plain, though you’re forgiven if you may have thought this in the past. In fact, many artists have objected to the term, fearing it made the art sound far too simple. From their perspective, there was more meaning and intention in the work they produced than a realistic portrait or landscape.

Far from simple, minimalist art can really make your home sing. Ultimately however, purchasing art is more than just a home décor decision: it’s about owning a piece of art that you love, connect with, or infer deeper meaning from.