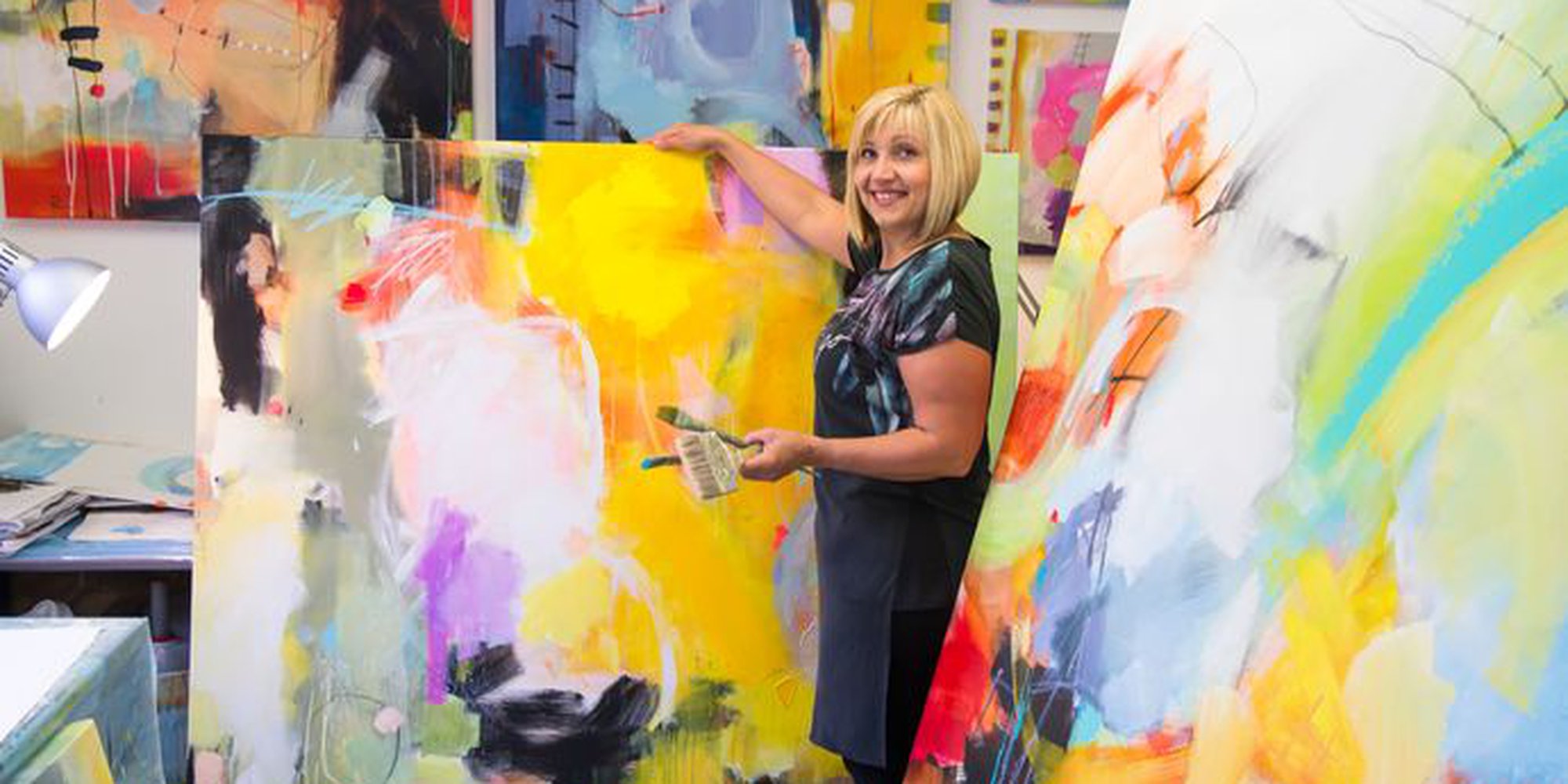 We’ve all visited a modern art museum and seen artworks like Kazimir Malevich’s ‘Black Square’ and wondered, my kid can do this, how in the world could this be art? While at first it might look like an unimpressive black square, it’s much more than that.

The term ‘Abstract’, when referring to an artistic style, is simply that - it’s abstract in and of itself. It might help to think of it as an umbrella term to describe art movements that do not realistically represent reality. This is accomplished by breaking down complex forms - such as a beach - and present them in a more orderly fashion. In doing so, a sunset reflecting on the water with the waves crashing on the sand is broken down to abstract colour blocking of red, blue and brown.

Alas, artworks that are classified as abstract can vary visually. That is, both Pablo Picasso’s figural ‘Weeping Woman’ and Mark Rothko’s colour-focused ‘Black on Maroon’ are both abstract pieces.

Confused yet? Stay with me. Within the Abstract style of art exists different schools of thought. Some abstract artists create art for the sake of beauty, while others are inspired by the Greek philosopher Plato, who believed that beauty lies in geometry. From this thinking, numerous art movements were born, from Cubism to Neo-plasticism to Op Art. To save you from being here all day, here’s an explanation of just a few movements.

We all know Picasso. He’s the one who created ‘Guernica’ and used the women he met as muses for what has become an extensive series of portraits. (He also has a history of not treating women very nicely, but we digress).

Picasso’s work has become iconic of Cubism, however, Braque holds just as much responsibility for its founding as Picasso. The pair even created artworks together. But with Picasso’s body of work consisting of more than 5000 artworks, one can be easily overshadowed.

Cubism is characterised by the breakdown of images into planes which are then rearranged (even incorporating elements of collage) to distort the original image. While it might seem like a bit of mumbo-jumbo, the result is a two-dimensional flatness. This approach hasn’t appeared in art since the revolutionary discovery of perspective in the Renaissance which gave depth to paintings, making them appear more three-dimensional. Just like fashion, past trends always seems to come back into style.

Malevich (the man who created the ‘Black Square’ previously mentioned) founded Suprematism in 1913 through his love of the square and a good ol’ isosceles triangle. This particular style is characterised by geometric forms that incorporate a small range of colours.

While it may look like an assignment from your high school geometry class, Suprematism is actually Malevich’s attempt “to free art from the dead weight of the real world” as he explains in his book, The Non-Objective World.

Seems a bit dramatic right? For context, Suprematism was founded in the very heated year of 1913, following the Russian Revolution and amidst the beginnings of the First World War. The tensions during this period in the Soviet Union would eventually lead to the Bolshevik uprising in 1917. Suddenly, Malevich’s ‘Black Square’ is not just a black square anymore.

During the 1940s and 50s in New York, a group of artists were inspired by the Surrealists from the early 20th century. Also referred to as the ‘New York school’, this group of Abstract Expressionists can be subdivided into two categories: the ‘action’ painters and the ‘colour field’ painters.

Action painters refrained from planning their pieces and instead allowed impulse to take charge. Most famous of these action painters is Jackson Pollock, who is known for drip paintings made by placing canvasses on the floor and dancing around them with paint. The result may at first appear to be nothing more than splatters of paint on a canvas, but in actuality, it’s an intimate insight into Pollock’s emotional state.

Colour field painters, on the other hand, found interest in a less erratic approach to painting. Instead, they created pieces that encouraged meditation and contemplation through their interest in religion and myth. The most overt example of this is Rothko’s ‘Rothko Chapel’ in Houston, Texas, which takes a more secular approach to doctrinal chapels. Here, Rothko replaces religious imagery with his own artworks for the worshipper to contemplate.

At first glance, abstract art may look too simplistic to find its way into an art museum, but the key to abstract art (and modern art in general) is to look beyond what you see. I’m sure your three-year-old is plenty talented, however, what lies behind a black canvas or a splatter painting is not an artist faffing around with a paintbrush. Instead, there is an important sea of political and social histories that are representative of the time or thinking of the artist.

Moving into the 21st century with the popularisation of the style and the interest in the way colours interact, many abstract works are created for the purpose of painting something beautiful. Therefore, even though abstract artworks created today are disconnected from the histories that inspired the movement, they still represent an important lineage that continues to influence contemporary art today.

Moral of the story, when it comes to abstract art, there’s more to it than meets the eye.

"I don't live in London, Monaco or New York, yet I've sent my work there. It would have been impossible only a few years ago and it was Artfinder that gave me that chance."

Situated in the centre of Mayfair in a 17th century mansion, Burlington House, this world-renowned art institution’s annual Summer Exhibition showcases art from across the world in every medium, subject matter and style imaginable.