Californian grandma Holly Wojahn becomes online sales sensation! (And she's flying over to the UK especially to hand deliver cookies to our team) 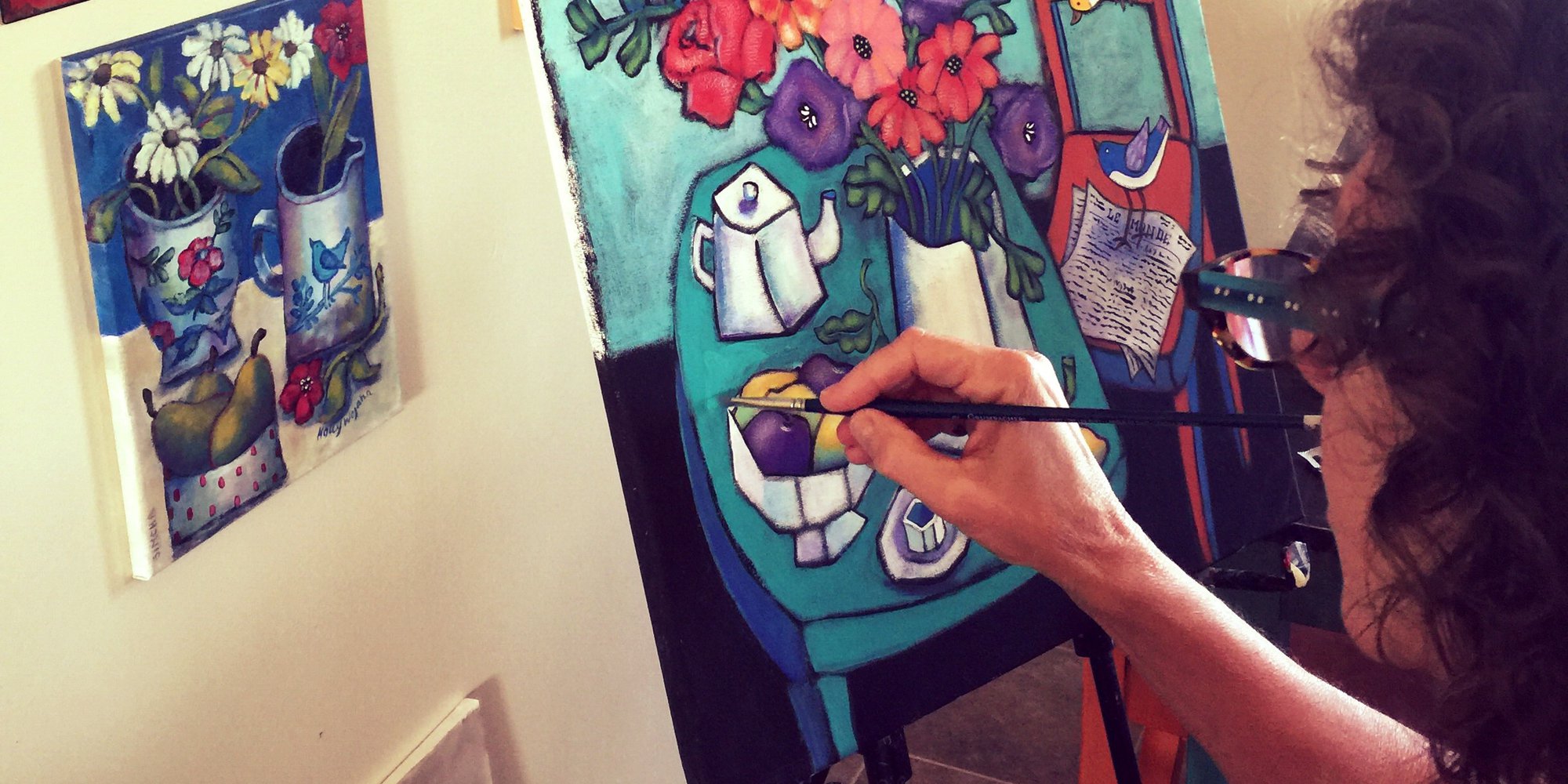 Californian grandma Holly Wojahn has become an (almost) overnight sensation on Artfinder, selling over 50 of her paintings within just six months of joining the site.

Living between Camarillo and Menton, in the South of France, Holly has worked full time as an artist for 26 years and has exhibited in galleries in the US, Canada, Japan and France, but has never before experienced sales of this velocity or volume.

Holly says, “This is an absolute dream come true for me - I’m completely overwhelmed by the whole experience. As an artist who has worked for as long and as hard as I have, I never, ever imagined that at this point in my career I would be selling several paintings a week to countries all over the world.”

“I’m back in California because of my kids, who now have kids of their own – and it’s great for them to see that all those hours they spent in their childhood being dragged around whilst I sketched are finally paying off for their mom!”

Holly joined Artfinder in August 2015. She sold her first painting on her seventh day on the site and has consistently sold several a week since then. She has sold artworks to customers in countries including the US, the UK, South Africa, Portugal, Spain, Canada, Hong Kong, Ireland and Australia.

A regular caller to Artfinder's London HQ, Holly has promised to fly over especially to hand deliver us all some of her home-baked cookies - we will keep you posted on that!

Work It! A look inside our artists' studios...

Our artists are amazing! (Yoghurtaria: A story of culture)

We don't say it often enough: our artists ROCK.