The short but influential life of Jean-Michel Basquiat 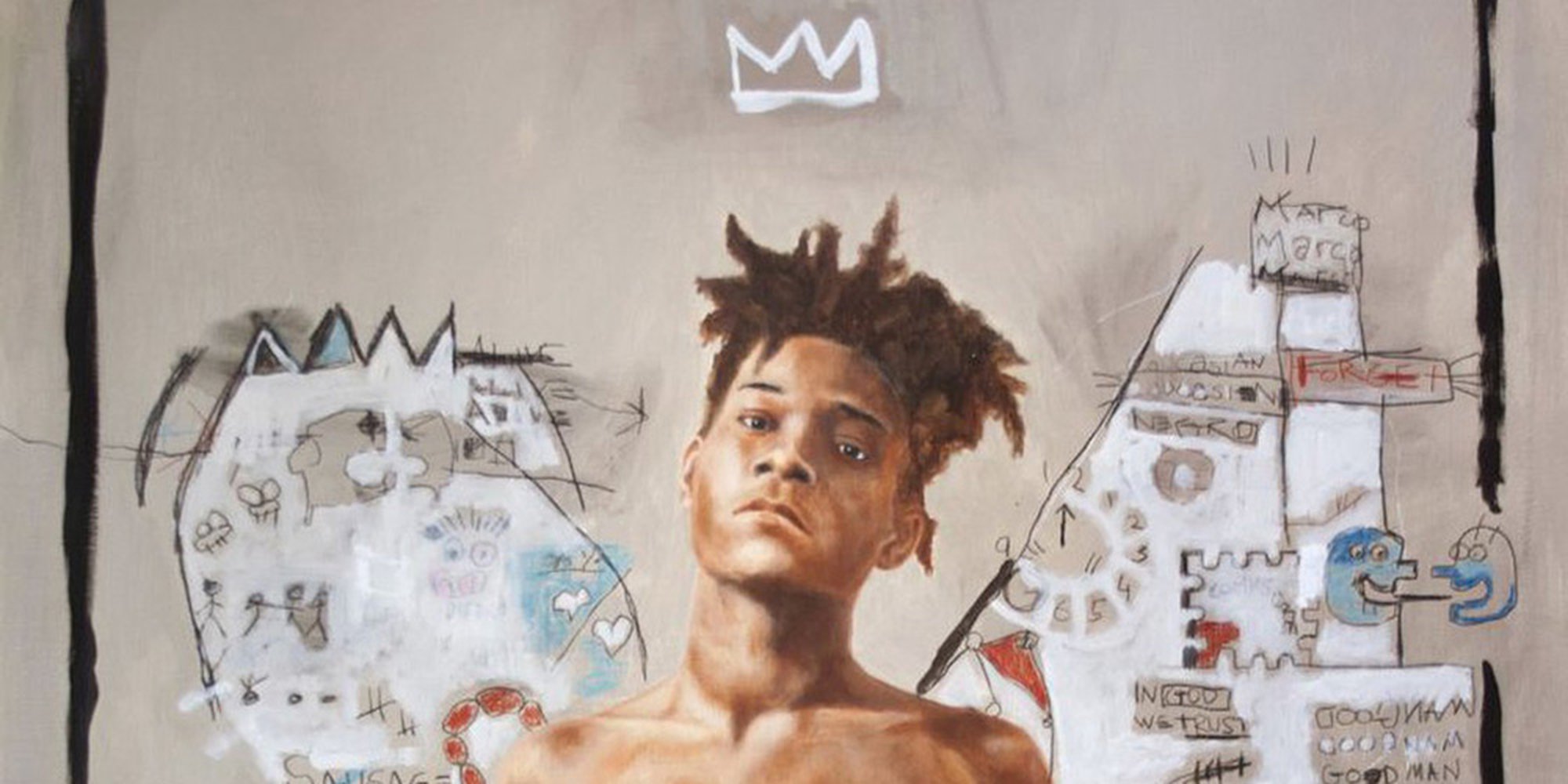 Jean-Michel Basquiat remains one of the most important and influential artists of the modern and contemporary art period. Even now, years after his death, his popularity remains unshaken. In 2017, Basquiat beat Andy Warhol to be the most expensive American artist, after a $110 million sale of his artwork, Untitled (1982) at a Sotheby’s auction.

Jean-Michel Basquiat was born in the 1960s New York, to Haitian and Puerto Rican parents. His mother suffered from a mental illness, while his father believed in corporal punishment, establishing a difficult childhood which would later influence his art.

Basquiat first established his name through his graffiti collaboration with friend, Al Diaz, called SAMO (‘Same Old Shit’). However, Basquiat became involved with drugs and, at the age of 17, ultimately left school and moved to the streets. At this point, he became highly involved in the party scene and regularly attended punk-art spaces, like the Mudd Club, where he DJ’d.

But don’t be fooled, Basquiat was nothing like the juvenile delinquent stereotype. With a love of jazz and poetry, Basquiat became involved in the cultural Renaissance that was burgeoning in New York. In fact, he incorporated his love of poetry in his artworks, placing text over his images.

In the 1980s, Basquiat began painting and drawing at the advice of Diego Cortez, whom he had met at the Mudd Club. This quickly sparked his fame, with his first exhibition in 1982 being completely sold out.

From there, Basquiat’s fame skyrocketed as he made friends with the likes of Keith Haring and Andy Warhol. In fact, Warhol was a mentor to the young Basquiat and the two even produced a number of paintings together.

What about his work?

Thematically, Basquiat drew inspiration from his upbringing and heritage. As a young Black man living in New York in the 1980s, he turned to his art to criticise the histories of colonialism and racism pertaining to African Americans. These criticisms, as well as those on wealth and poverty, are not communicated overtly but instead through motifs. Arguably the most iconic of these are his crowns which serve as criticisms of class and race but also a symbol of Basquiat's own status.

When Basquiat was young, he was involved in a car accident which left him in the hospital for some time. For entertainment, his mother gifted him Gray’s Anatomy, which sparked his fascination with dissection and reconfiguration. As a result, he spent much of his career thinking about and looking at "history as a cadaver that could be deconstructed and reanimated to suit us". These ideas can be seen through his motifs of feet and different elements of the human body.

Why does he matter?

Although Basquiat died at the age of 27, his legacy lives on through thousands of paintings and drawings. His work remains especially relevant today given the social and political climates across the world. As a result, artists of all forms continue Basquiat’s commentaries on racism through their own work.

Just last month, the elusive British street artist, Banksy graffitied two Basquiat-inspired murals on the walls of the Barbican Centre. Taking inspiration from Basquiat’s Boy and Dog in a Johnnypump, Banksy comments on the issue of racism within police enforcement, as Basquiat’s figure is portrayed as being accosted by two police officers.

However, it’s not just fine art that’s been inspired by the young artist. In 2013, Jay-Z released his album, ‘Magna Carta Holy Grail’. The song, ‘Picasso Baby’, references Basquiat countless times. It’s speculated that these references are made because Jay-Z identifies with Basquiat’s rags to riches story.

While it took artists like Van Gogh to die to become famous, Basquiat reached an unprecedented level of fame at just 20 years old. The truly unique quality of his work, the themes he communicated and his romantic rags to riches story continues to attract intrigue from art world giants and art lovers across the world. And for those who don’t have a spare $110 million, check out the Artfinder artists inspired by Basquiat.