Art Capitals of the UK 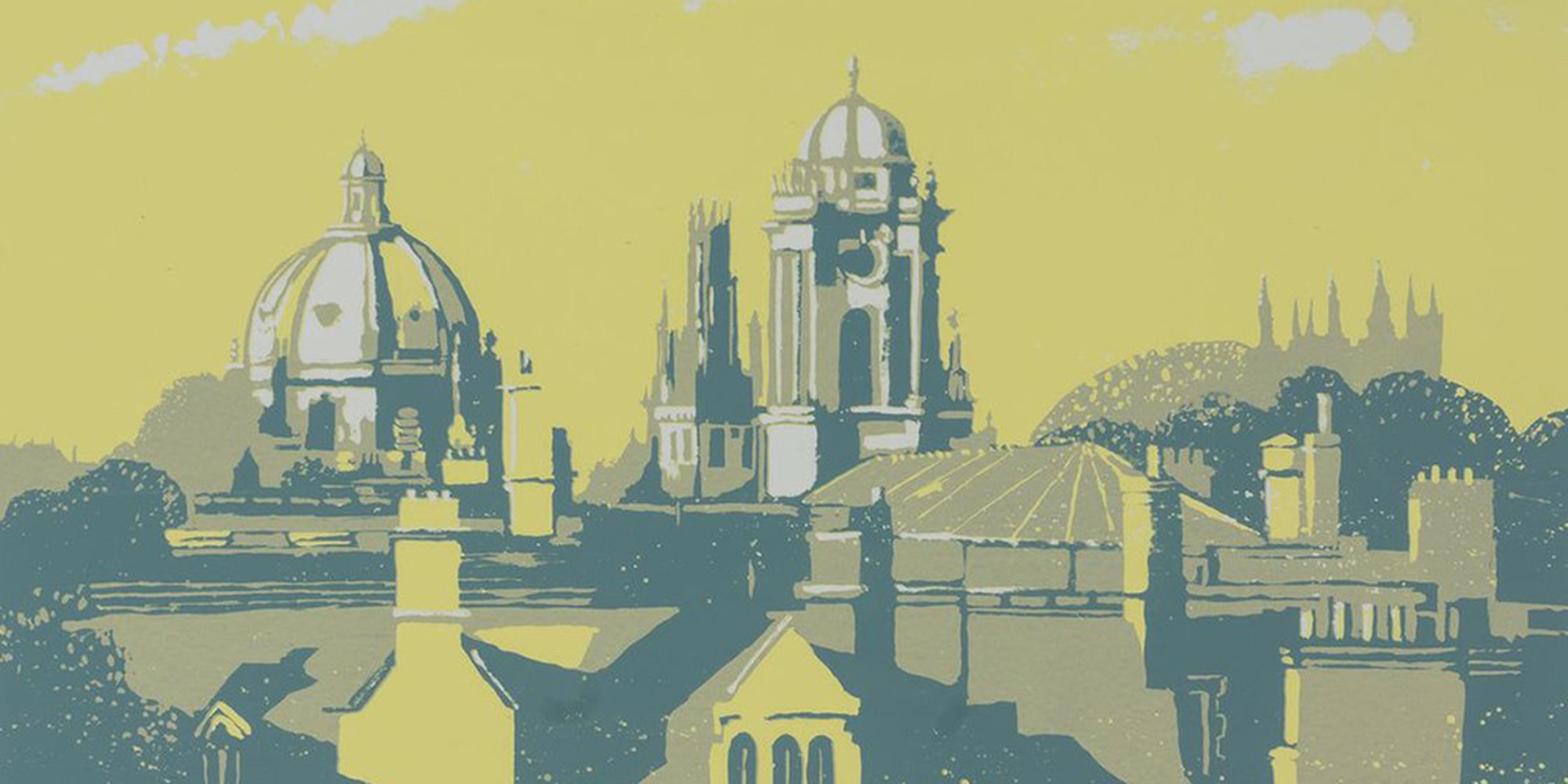 The UK has been creating art for over 10,000 years. It’s home to some of the most popular artists across the globe and has heavily influenced movements in Europe and beyond.

With our artist community thriving and the UK’s industry currently worth around £21.2bn, we decided to dig a little deeper and find the UK’s top art-buying hotspots.

We reviewed our UK sales since 2017 to discover the nation’s ‘art capitals’ – the towns and cities that have bought the most art per population density. We’ve broken down these hotspots, revealing the most popular forms of art sold in our top locations, from style to colour, subject to materials.

Let’s take a look at the art capitals spanning across the UK:

While Salisbury, Oxford and Cambridge are the highest ranking on the list, the top 10 cities collectively sold 3,421 pieces of art per 100,000 inhabitants. Perhaps surprisingly, towns overshadowed this figure, with the top 10 selling 17,013 pieces per 100,000 people – more than four times the total sold in the more populous cities.

Art sales for our top town, Redhill, were driven – in terms of quantity and value – by acrylic paintings. Salisbury, our top city, also generated the most value from acrylics sales but sold more oil paintings. However, both locations had the most success with landscape paintings of seas and skies, impressionist art and a love of grey.

In fact, landscape, grey and impressionism were common themes throughout the art sales from all our top towns and cities. As with the differences seen between Redhill and Salisbury, those purchasing art in towns appreciated acrylic while our city-dwellers were drawn more towards oil paintings.

Scotland in the lead

Looking at just our top towns, Scotland clearly leads the way for art enthusiasts, with four out of the top five towns being located there. Motherwell, southeast of Glasgow, and Kirkcaldy, between Dundee and Edinburgh, take the second and third spots respectively – Kilmarnock and Paisley complete the group.

Between these four towns, an average of 2,361 pieces of art were sold per 100,000 inhabitants. Inverness also features in the city hotspots, coming in at sixth place, with 314 art sales per 100,000 people.

The UK’s top 10 city hotspots for art sales are located across the country, from Scotland to East Anglia, the West Country to the home counties. However, our top three are historic cities spread across the south. Let’s take a look at each city.

Salisbury, a medieval city located in the south of the UK near Stonehenge, is home to numerous art galleries. You can visit Gallery 21, known for showcasing and selling pieces, the Fisherton Mill, which offers exhibitions, workshops and studios, and the Young Gallery, located in Salisbury’s library.

The city has sold 515 artworks per 100,000 people, more than any other city in the UK. Grey paintings were by far the most popular colour of painting to be sold, and in terms of style, those in Salisbury seemed to favour impressionism, closely followed by expressive and gestural pieces. Landscape paintings also prove popular in Salisbury.

If you’re a local artist in the region, you can use Salisbury Group of Artists to connect with fellow creators, discover new exhibitions and attend workshops. If you’re hoping to purchase from a Salisbury-based artist, why not take a look at ‘Copse in Shadow’ by Rob Hames.

Oxford is a city famed for its academia and both the University of Oxford and Oxford Brookes have notable art schools – it’s unsurprising that this city loves buying on Artfinder.

As well as being awash with students, the city is home to plenty of local artists and galleries. Modern Art Oxford is located in the heart of the city on Pembroke Street and is dedicated to showcasing the contemporary art scene. If you’re more interested in art history, visit the Ashmolean Museum for ancient art, architecture and treasured objects. The city has also been home, over the years, to the works of prestigious artists, such as Anthony Gormley, Leonardo da Vinci and J. M. W. Turner.

Between all these galleries and artists, 478 pieces of art are sold in Oxford per 100,000 inhabitants and once again, oil paintings are the driving force. Similarly to Salisbury, grey is popular. While Impressionism is also the most popular style in Oxford, unlike Salisbury, illustrative pieces are also very lucrative. As with the highest-ranking city, works of art that feature landscapes and animals are the most popular.

If you’re hoping to source some art similar to the likes that have sold in Oxford, or you want to buy from one of your favourite city’s creators, take a look here on Artfinder at Ben Hughes’ oil painting ‘Rainy Day’ and Gerry Coles’ ‘Mole trouble’.

A close runner-up to Oxford, Cambridge sold just seven fewer pieces of art per 100,000 people at 471. Another highly accredited academic city, Cambridge is home to Anglia Ruskin’s Cambridge School of Art – or you can study History of Art at the world-famous University of Cambridge.

There are many galleries dotted around the Cambridge campuses, including the Churchill gallery which features art donated in memorial to the former Prime Minister and has the late Henry Moore as an Honorary Fellow. The Fitzwilliam Museum also stands proud in the city and houses works from Matisse, Monet and more.

Beth Lievesley is a local artist selling her collages of Cambridge landmarks on Artfinder, while Kamsar Oganian is a popular impressionist painter. Why not check them out?

While two of the top three towns are situated in Scotland, it’s Redhill that has a stronghold over art sales, having sold almost 20% more than Motherwell. Let’s see what each town has to offer.

Despite the large quantities of art on sale between Salisbury, Cambridge and Oxford, it’s Redhill that has sold the most pieces of any town or city in the UK. Located in Surrey less than an hour from the UK’s capital – one of the most cultural cities in the world – it’s unsurprising this town is popular with art lovers.

Despite a population of only 34,000, Redhill is home to many galleries. Gallery One Reigate is the hub of the local art scene, selling artwork directly from the creators’ studios, while the recently opened Adam’s Gallery just down the road in Reigate showcases and sells the work of many contemporary artists.

Redhill accounts for 3,198 pieces of art purchased per 100,000 inhabitants, 169 of which are either landscapes or impressionist, or both.

People and portraits were also a popular subject, with abstract and non-figurative closely following. Acrylic paintings seem to entice townsfolk, and no matter the location, neutral grey and brown tones are the most popular colours.

For those looking for a Surrey-based artist, check out Julie Bond’s landscapes. We love her oil painting Infinity, which brings together the elements into an atmospheric seascape.

You’ll find Motherwell just 14 miles southeast of Glasgow. While its population is within reach of Glasgow’s Gallery of Modern Art and the Kelvingrove Art Gallery and Museum, Motherwell offers its own thriving art scene. Thou Art Scotland is a gallery that specialises in British and International art from the 20th and 21st centuries. The gallery showcases under the categories of Scotland, Classics, Urban, Pop, Photography, Sculpture and Contemporary and curates big names such as Picasso, Lowry and Banksy.

Kirkcaldy is tucked away on Scotland’s east coast, between Dundee, Edinburgh and Stirling. The Kirkcaldy Galleries are a popular spot to visit in the area, showcasing some of Scotland’s best artists, including William McTaggart, S.J. Peploe and the Kirkcaldy-local Jack Vettriano. The gallery also hosts the annual Fife art competition.

The Scottish town sold 2,507 artworks per 100,000 people, with grey being the most popular colour. Landscape scenes were most popular, while the second most popular subject was people and portraits. Why not take a look at John Wellburn’s impressionist take on the harbour near Kirkcaldy?

The most sought-after themes for artwork in lockdown

Looking at the most popular art themes during lockdown, scenery from nature comes out top. Find out what else has proven popular throughout the pandemic.

Think unbleached linen, fields of wheat and pebbles on the beach. With a splash of drama.