Who is William Blake? Poetry and art combined 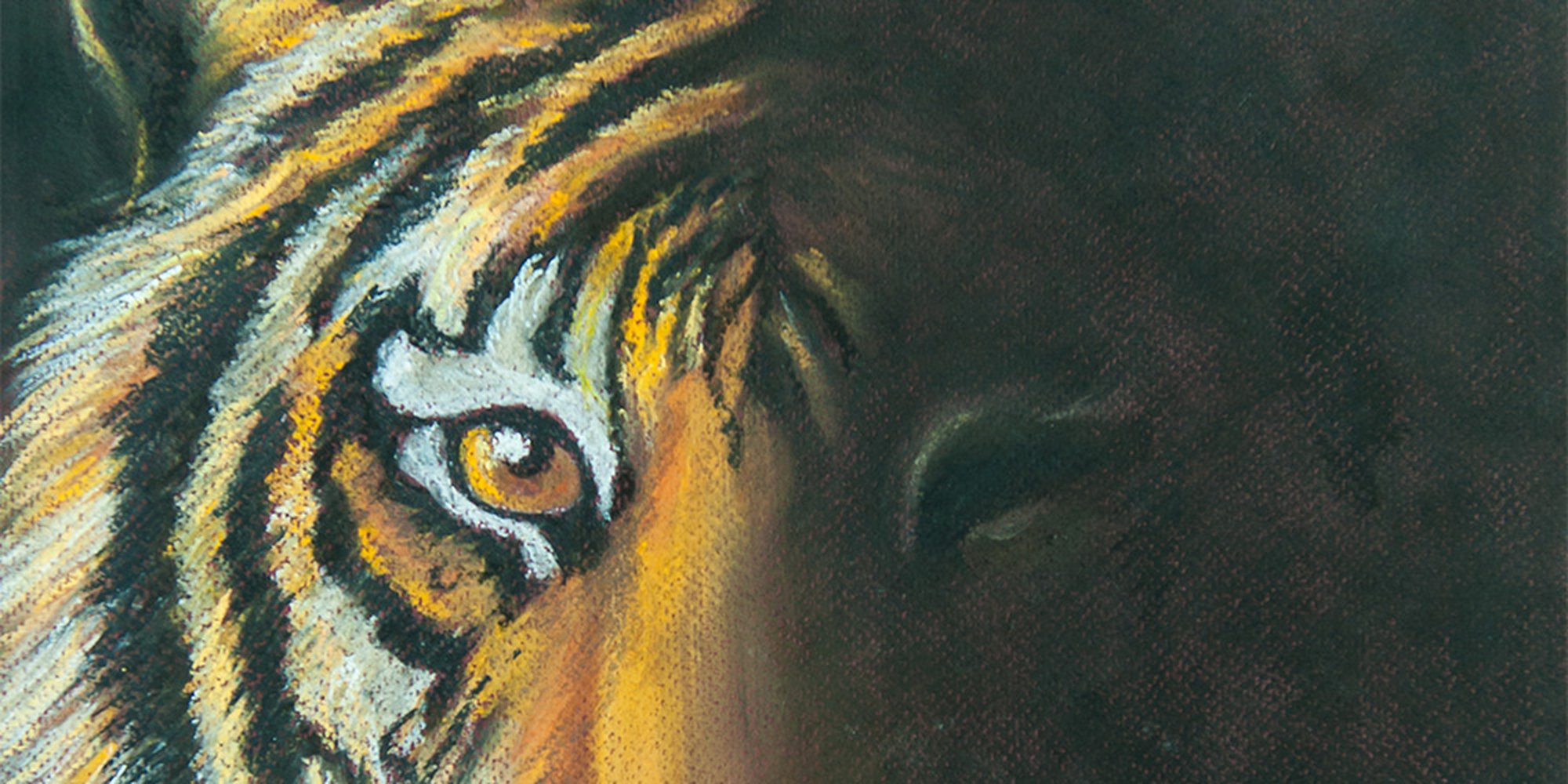 Who was William Blake?

William Blake was born in 1757 in London and produced a huge amount of work over his lifetime. You might know him as a poet: ‘The Tiger’ from his poetry collection Songs of Innocence and Experience is one of his most famous works. But he was also an accomplished artist and he illustrated many of his poems.

As a young man, he was apprenticed to an engraver during which time he made sketches of Gothic architecture, including Westminster, the styles of which influenced his later work. He also enrolled in the Royal Academy, but found that he disagreed with the school’s president and his opinions on art. He would later write against the Academy, criticising their views on art, despite the fact that he exhibited at the Academy numerous times.

Blake and his wife created prints to illustrate many texts, including Blake’s own work. Although he had friends and acquaintances who bought and commissioned art from him, he was not well known and often ran into financial troubles. The few exhibits he put on during his lifetime were poorly attended and even ridiculed in the press.

During a recent Artfinder trip to Tate Britain’s William Blake exhibit, the galleries were so crowded we often had to wait our turn to see his works. Groups of people were crowded around each image, trying to absorb all the details in his art or trying to read the tiny, handwritten text of his illuminated poetry. If only he was around today, he’d likely be pleased to see the change in his fortunes!

Blake was involved in Romanticism, an artistic and literary movement lasting from the late 1700s to the mid 1800s. You might recognise some other literary Romantics such as William Wordsworth and Victor Hugo, or painters, J.M.W. Turner and Eugène Delacroix. Although Romanticism is a broad genre, Romantic works often focused on deep emotions and the subconscious. Blake himself claimed to have experienced visions and many of his works have a dark, unearthly and dreamlike quality.

Consistent with the tenets of Romanticism that promoted the fantastic and the unknowable, Blake often depicted celestial beings such as gods, demons, and monsters. These beings inhabit otherworldly spaces, often descending from clouds or writhing in hellish wastelands. However, his depictions of humans are more classical in nature, with sculpted musculature and idealised bodies, no doubt inspired by his interest in Michelangelo and Raphael.

Even today, some of his more symbolic pieces are difficult to untangle and scholars debate the specific meanings and inspirations of some of his work. He was certainly working from narrative models such as the Bible and different folktales, but he also created his own epics and stories complete with a full cast of characters that he illustrated both through his poetry and through his art.

Blake illustrated classic works of literature like Chaucer’s Canterbury Tales and Dante’s Divine Comedy. Religion and the Bible also offered inspiration, and Blake created images for The Book of Job and other sections from the Bible. He also illustrated his own works, most notably his collections of poetry.

The fact that he illustrated his own works makes them even richer, but also more difficult to untangle. And sometimes, the connection between his illustrations and poetry is unclear or unexpected. For example, exhibited at the current Tate Britain exhibit, illustrated pages from ‘Elegy Written in a Country Churchyard’ feature menacing black-robed mourners (one of the figure’s faces was entirely obscured by a dark hood) alongside a religious figure completely white from hair to robes - so what do these figures represent? It’s really up to interpretation.

However, being able to see the illustrations he intended to accompany his poems also invites the reader and the viewer deeper into conversation with both the artistic and literary text, challenging them to look for meaning in each piece separately as well as collectively.

Although relatively unknown during his lifetime, William Blake is now celebrated as an artist and poet, and recognised as one of the important figures of the Romantic movement.

Richard Kalman's tips on how to appreciate photography

It’s important to do your homework when you’re thinking of buying art, so think about what you like, read up about anything if you’re unclear and try not to rush. Ultimately, it’s about what will make you happy. So buy with your head, but listen to your heart.

Cityscapes may be considered the more modern, less highbrow relation of the landscape, but with a little further exploration it’s clear this isn’t true. From its classical origins to sophisticated renderings, this style can include anything from abstract pieces to contemporary photography.