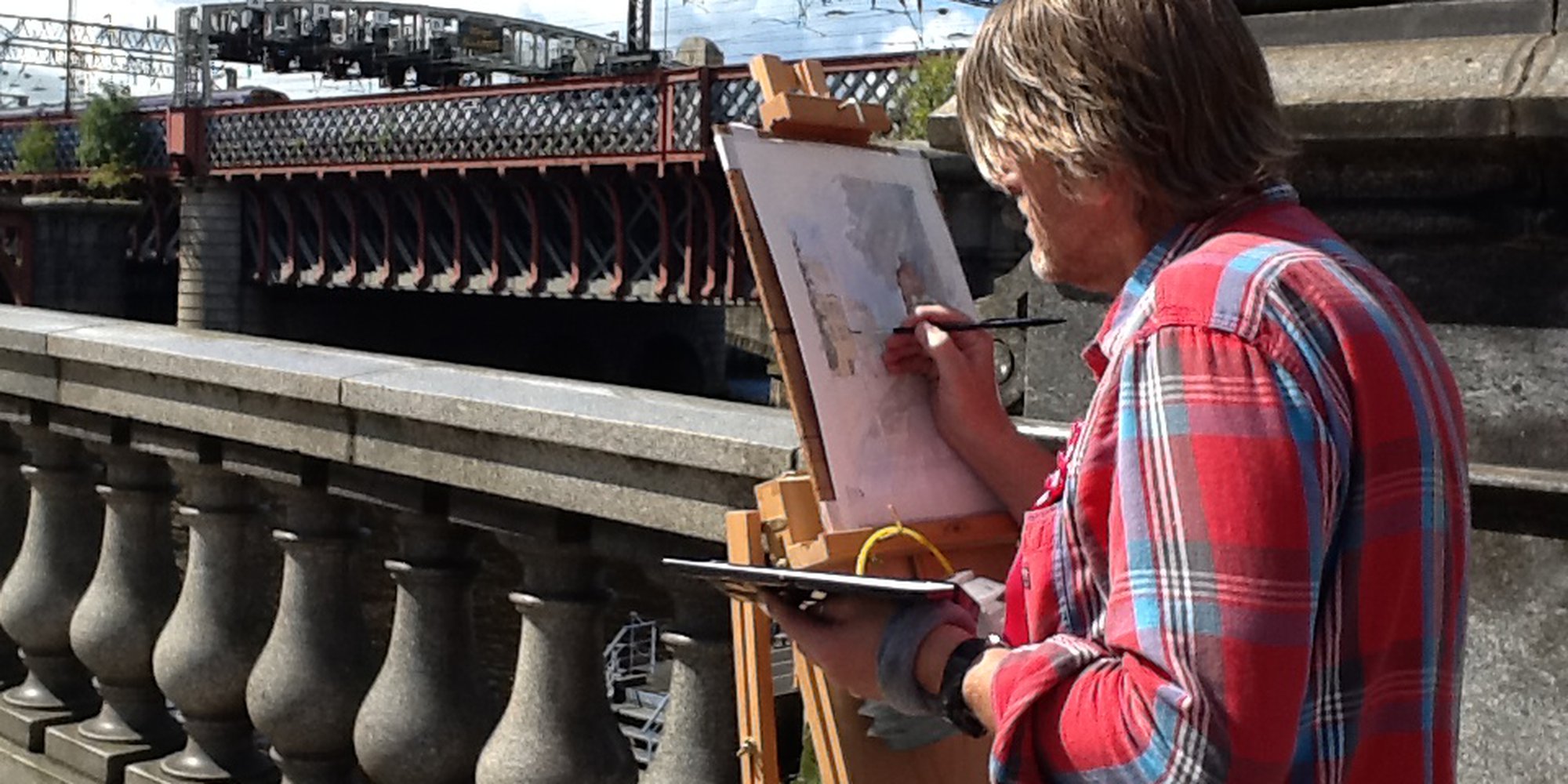 Over 140 artists turned out last weekend to create art in the streets of Glasgow as part of the Pintar Rapido outdoor painting festival and exhibition. Though the weather occasionally turned, spirits were certainly not dampened and the creative flair on display at the Pintar Rapido exhibition on Sunday was testament to the success of the event.

Once their canvases had been stamped by officials at Pintar Rapido, participating artists dispersed across the city of Glasgow to paint scenes of the city, from Glasgow Green in the east to the Botanical Gardens in the west.

The artists themselves had come from far and wide, with some travelling from across Europe to attend the event. The main challenge faced by all was exposure to the elements: not just having to paint in occasional downpours, but also capturing the shifting light in their finished artwork. Throw in crowds of interested onlookers, photographers and the occasional pigeon, Pintar Rapido was as much a challenge against the environment as the clock!

At the end of the day, all finished artworks were returned to the Glasgow Royal Concert Hall ready for the exhibition the next day.

Judging of artworks for the Pintar Prize commenced at 10am on Sunday by a panel comprising local artist Robert Kelsey and Gallery Director of ScotlandArt Sarah Cox.

The judges were looking for a unique piece that captured the spirit of Glasgow and its people. With this in mind, first prize was awarded to Catherine King, whose watercolour of St. Vincent Street captured both the atmosphere of the day and the judges' imagination.

“Pintar Rapido is already established in Amsterdam and London and Scotland has shown it has great heritage and enthusiasm for outdoor painting.” says founder of Pintar Rapido, Roger Beckett. “We hope to be back next year!”

From 15th-16th August 2015, Glasgow will host the two day painting festival Pintar Rapido, and this year it is sponsored by Artfinder!

This month we made some important decisions as to what kind of prints artists are allowed to sell on Artfinder. From this month, artists will no longer be allowed to sell reproduction giclée and c-type prints derived from original artworks (such as paintings, drawings and collages). No reproductions, no copies, only originally produced art.