What's in a face? Dan Laurentiu Arcus on redefining portraiture 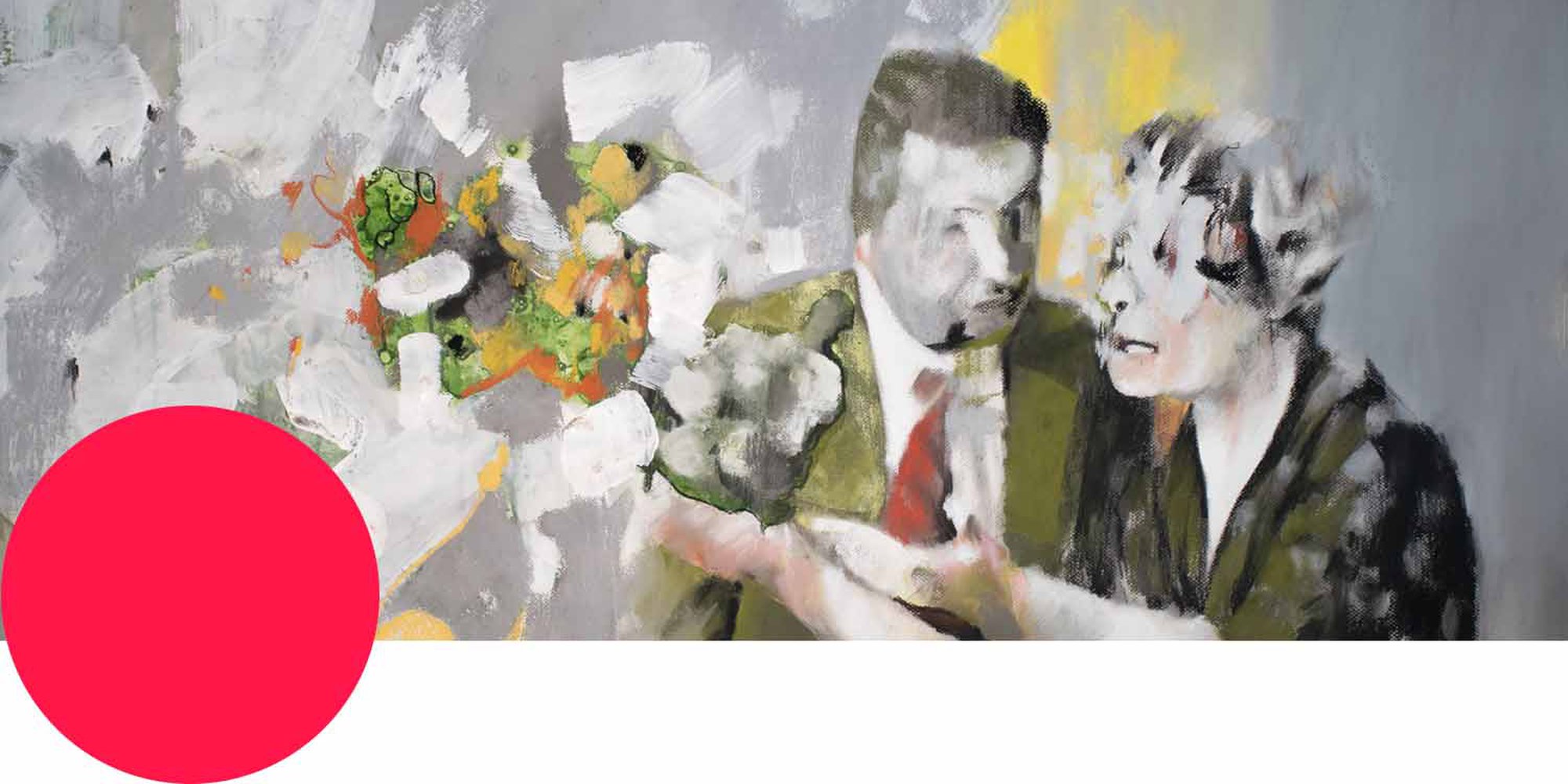 With his unique approach to portraiture combined with the intriguing titles of his works, Romanian artist, Dan Laurentiu Arcus, has established a style that has caught our attention here at Artfinder.

While Dan's paintings comment on aspects of contemporary culture and society - such as religion and politics - he stresses that he does not want his own perception of the work to inhibit that of the viewer's. Instead, he hopes that the viewer will project their life experiences onto his work in order to create their own interpretation.

What are you working on at the moment?

I have developed a process for most of my drawings that's based on layering soft pastels and charcoal directly onto paper using very few tools. I also combine mediums and explore their interaction with paper or on canvas and study the different effects that they can have on one another. The results can be quite surprising; it feels like a chemistry experiment!

Another direction I am exploring is how to use different transfer techniques, especially monoprint, on different supports. It's a process that requires well structured planning and a considerable amount of time for the digital imaging process.

You say that your main concern is ‘staying receptive to history and cultural interaction’. What do you mean by this?

I believe that today more than ever, history has been put on fast-forward. This may be due to globalisation and the interaction of cultures that are perceived as fundamentally different, resulting in the feeling that established value systems are threatened by changes that are not asked for.

On the other hand, this phenomenon has resulted in development in all aspects of society. Access to information or comfort gives in some cases the impression of an enhanced human being. The consequences of these changes are various and I try to observe and translate them in an artistic language. The imagery I create is mostly figurative in order to be accessible but not too explicit.

How do you depict reality in your unique approach to portraiture?

I believe reality is a very tricky concept. What we perceive as reality is nothing more than the sum of the surrounding stimuli filtered by cultural characteristics, knowledge, instinct and emotion. The perception of the individuals about themselves and the reality around them is conditioned by the way their mind was educated to perceive it.

In my works, I maintain doubt and ambiguity by altering or hiding figures, random colours and values. I try to keep a balance between the amount of realistic, figurative qualities and chaotic, expressive areas.

You say there is a feeling of uncertainty in your figures. Why is this?

I see life as an adventure where the outcome is always uncertain. I have encountered many people in my life who were convinced their future was somehow sealed by faith or by some social condition.

I believe in a multiverse, and each action or thought we project changes our path, leading to an unexpected outcome. In my works, certain figures, gestures or even environments take a different value function based on the viewer they interact with. This uncertainty translates into a multitude of possibilities and interpretations.

How do you depict cultural or societal norms in your pieces?

Many of my works include references to aspects of culture such as religion, politics and social hierarchy. My piece 'The problem solver' refers to the futile political solutions that leaders sometimes find for certain issues in society. It may also refer to the way society behaves in front of a famous personality, but no one really knows why or what makes that person so special.

'The beloved citizen' has a veil completely covering his face, cancelling his sight and reducing his voice. Isn’t this true for the perfect citizen for so many governing structures?

But as I mentioned before, I prefer to let the viewer find an interpretation. When I create a piece I project a number of values and references on it but I am always surprised to see how other people see them.

Your artworks feature figures with distorted or absent faces. Why is this so?

The expressions of many classical portraits can be interpreted within their historical or social context. Most have a well established personality.

By contrast, my characters don’t always refer to an individual. There is a great deal of tension and emotion in some of them. My works refer more to a concept, a social or cultural aspect of a very large group than a person.

Our society tends to impose standards for everything: how to work, eat, laugh, think and believe. We all become numbers. By hiding or skewing the faces I exclude the individual, and provoke the viewer to replace it with a unique interpretation.

How do you name your pieces?

Once a piece is finished, I consider the possible values and symbols that I may not have thought about in the beginning. I also project different scenarios of who might see it and how it would resonate in the minds of those viewers. I then extract some keywords and determine a title that suggests symbolism in the work without restricting possible interpretations.

What role does Artfinder play in your career?

Moving from Romania to Belgium was a big step and it took me quite a while to be able to adapt to my new surroundings. For almost seven years I had to concentrate on survival and ways to bring my life and cultural knowledge to an acceptable standard.

It was only when I discovered Artfinder three years ago that I gained the courage to create again. I reintegrated art into my life and the feedback I received from the Artfinder community was the main engine that kept me going and motivated me to find myself again. When I sold my first piece on Artfinder only three months after I joined, I began to see a different future in which I could sustain myself from doing what I feel I was meant to.

Today, this extraordinary community is what keeps me going and helps me trust that it is not only possible to live from art but also to make art accessible to everyone. Art is not just for the privileged classes. It takes many forms and can have a great positive impact on society. Artfinder is doing just that!

"When I work, it’s just me and the painting - everything else fades away"

'My works are different, both on energy and on creative realisation'