it's National tree week! We're planting 5 trees for every artwork sold until Sunday

Proud To Be: Habib Hajallie 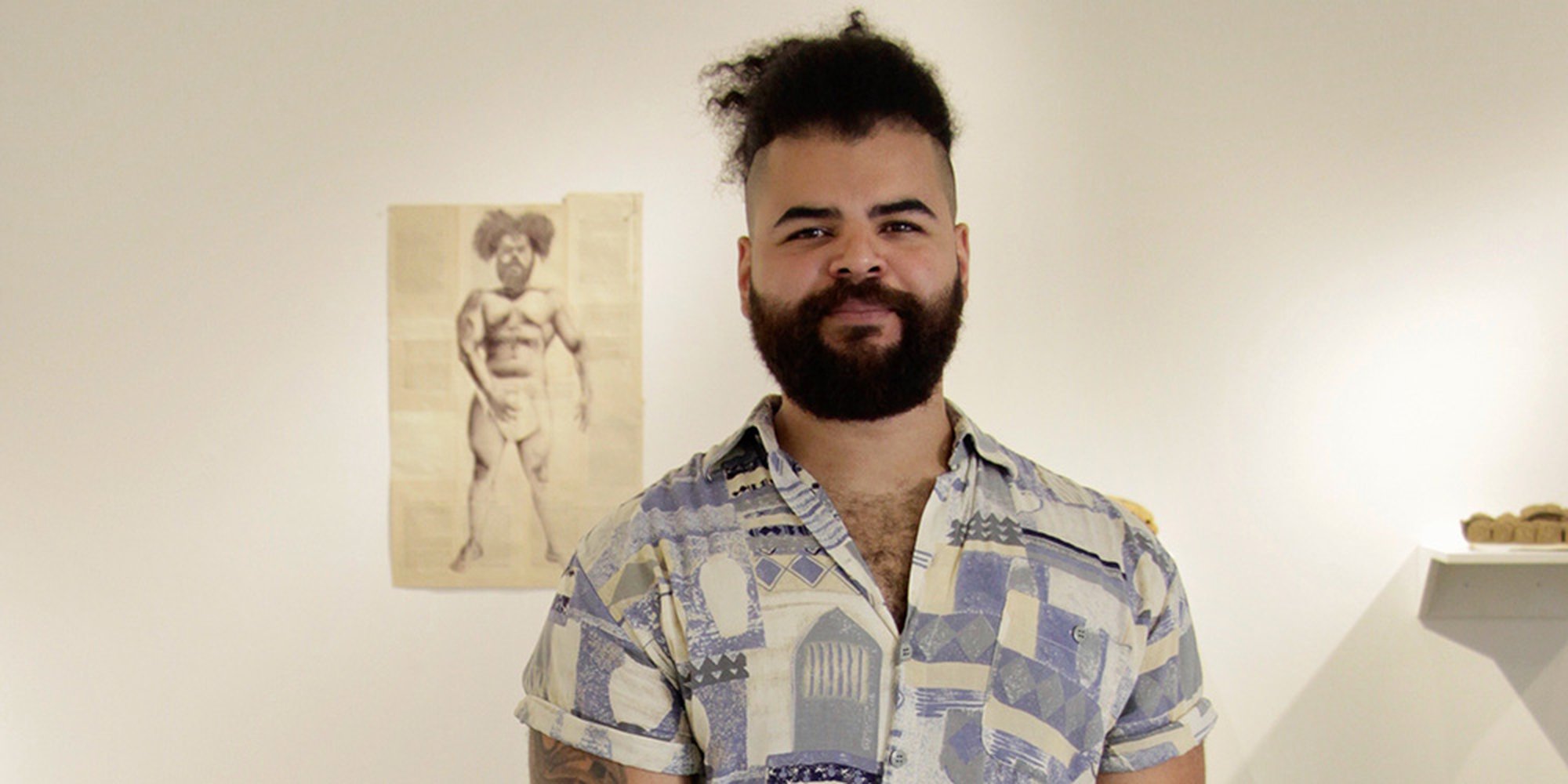 With an impressive CV and growing portfolio - including receiving The Drawing Society's Young Artist Award from the Mall Galleries in London - Habib is no doubt an artist to keep an eye on. Inspired by the UK Black History Month's 'Proud To Be' campaign, we speak to Habib about his career to date and how his heritage influences his work.

Tell us about yourself.

I’m a 26-year-old full-time artist, based on the outskirts of London. As the first generation of my family born in the UK, my Sierra Leonean and Lebanese heritage has informed several of my works. I usually use myself or family members as the subjects of my portraits to evoke a sense of immediacy, apropos to navigating the intersection of my western upbringing and familial west African culture. I’m concerned with making work that resonates with those that look like me or individuals that can relate to some of the themes that are depicted in my (at times) anecdotal portraits. I would also like my practice to afford the viewer a glimpse into what may be a different paradigm for them.

Describe your art in three words.

What inspires you as an artist?

I aim to empower often marginalised minorities through the exploration of identity within portraiture. Using my drawings to start an ongoing discourse confronting socio-political issues, specifically regarding the perception of various demographics as being of lesser humanistic value. With the disenfranchised often being undermined by mainstream media, which somewhat paradoxically reflects an archaic hierarchy of status similar to colonial ideologies.

Who's an artist you admire?

Godfried Donkor’s exploration of identity, concerned with themes of masculinity and west African culture, greatly inspired me to push the limits of my artwork. His bold use of dada-esque collage informed some of my early use of ‘cut and paste’, as well as my use of antique ephemera as canvases.

Have you faced any challenges through the course of your career?

The challenges that I have faced throughout my career were among the expected difficulties anyone would encounter whilst trying to make a living as a full-time artist. There have been moments during certain exhibitions that I have been aware of a lack of diversity, not only with artists included in said shows, but also the viewing audiences.

Do you have a message for readers regarding the UK’s Black History Month?

Use Black History Month as a starting point for sustained learning and appreciation of a vast culture that doesn’t simply begin with the transatlantic slave trade. My experience growing up in the UK has shown me how prevalent revisionist history really is, as the accepted narrative perpetuated as a consequence of historical whitewashing is too often allowed to define the way we perceive the past. Art can be the catalyst to pique your interest but I implore you to delve deeper and to do so for longer than a single month.

Inspired by this year’s campaign slogan ‘Proud To Be’, we’ve been reflecting on how black artists positively contribute to our community by creating art that engages with their own history and experiences.

Proud To Be: Tasia Graham

"I'm inspired by real experiences; I look outward to create something meaningful. I like to tell stories by real people and to create illustrations from real memories - I find I create better art this way."