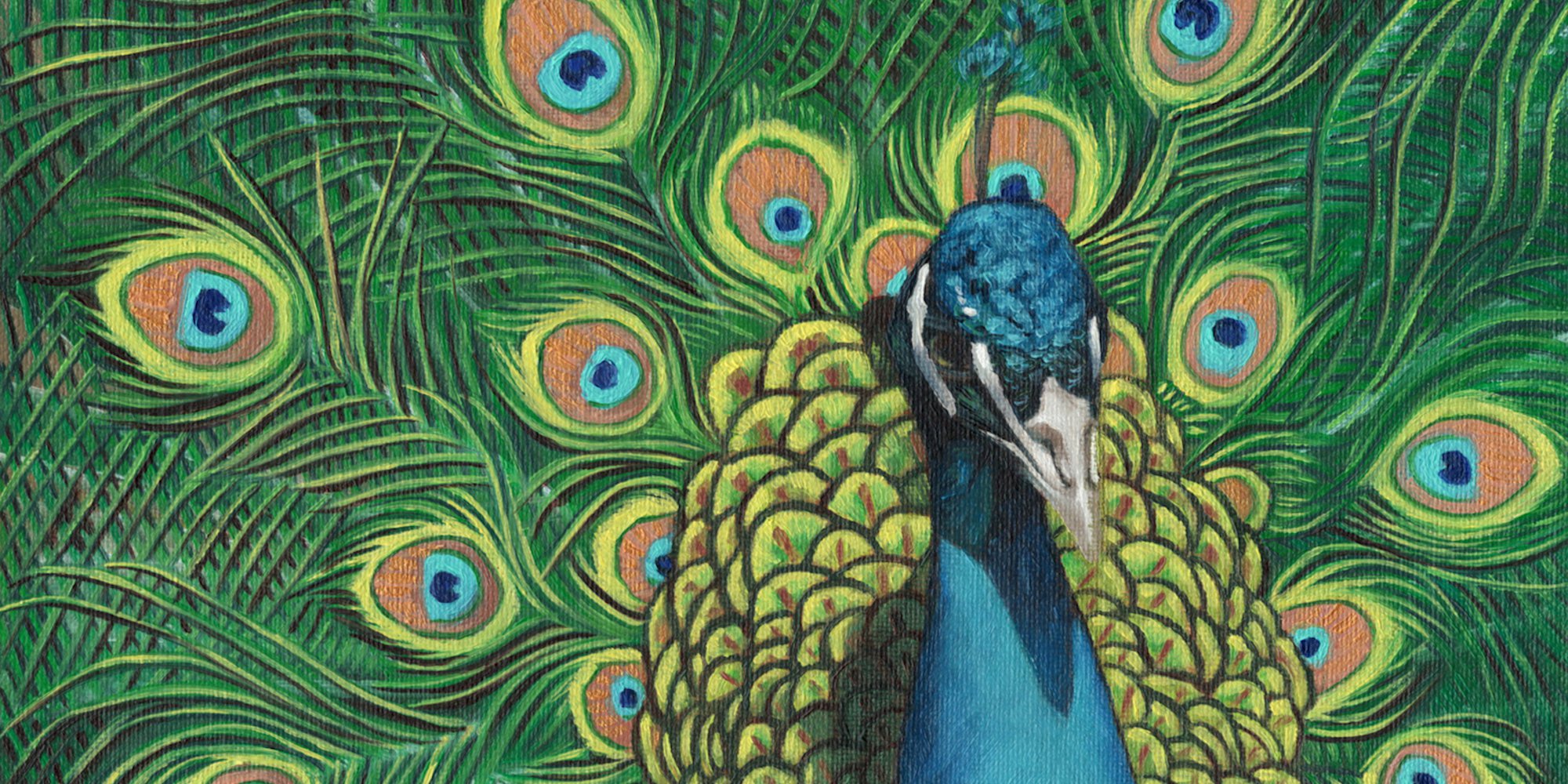 We share this beautiful planet with a huge number of other species and have long been fascinated by the rich tapestry of natural life around us. Whilst simultaneously destroying the habitats of many animals, we long to be able to relate to animals more and are drawn to experiences in nature to reconnect with our planet.

Therefore, it is no surprise that animals have been a source of inspiration for many artists. Art can help us explore our relationship to wildlife and help us think about how we care for animals and the environment.

Animals are present in mythology and legends and have often been worshipped or revered in many cultures and religions. Many animals have been held sacred throughout the ages and respected for their role in the circle of life. We domesticated many animals, considered others holy and have created superstitions carried down through the ages. Today, we keep pets in our homes for companionship and a large proportion of the internet is dedicated to funny videos of cats and memes about dogs.

The preservation of our planet is very important to us here at Artfinder, so we have chosen to celebrate our creative relationship with animals. We hope art can help inspire people to consider their own relationship to nature.

We can’t live without our ecosystem and the perfect, delicate balance of all living things around us. When it comes to animals, exploring habitats and the rich tapestry of life around us is a central theme for many artists.

Humans may have been depicting animals since we lived in caves, but it took us several thousand years and the advent of photography in order for us to accurately depict a horse running. When viewing paintings created before Muybridge’s photographic discovery at the end of the 19th century, you may notice that horses have all four legs off the ground splayed out, as the human eye was unable to break down the action of their gait.

Thankfully our techniques and understanding of nature have evolved throughout the centuries, however exploring the environment remains a strong theme in artistic practices. As well as documenting the life around us, animals in artworks can also make us consider our own relationship to nature.

As the damage we have done to the natural world becomes more apparent, many artists have chosen to use their skills to create an artistic response to the climate crisis. In Rebecca Coleman’s work No Entry, she portrays the destructive impact of human beings on the earth and its other lifeforms, creating an expression of solidarity with those fighting against environmental destruction - on behalf of all life on earth.

Wildlife out of context

Humans have a long history of taking animals out of the wild - domesticating them, farming them or finding ways to work with them. The ancient Egyptians famously domesticated cats, and held them in such high regard that they mummified them and buried them alongside their dead.

In the Victorian era, the thirst for exploration and the resulting hunt for the exotic sparked an exhibition craze. Live animals were collected from all corners of the globe, to be displayed together to the enthralled public in the form of a Menagerie. Animals were also collected - dead or alive - and displayed as taxidermy. To see such exotic animals from across the world was the height of excitement

Today, we have wildlife parks and zoos which enable us to view exotic animals from all over the world without travelling to their natural habitats.

Artists throughout the ages have depicted animals out of context, taken from their natural environment. Often artists use real animals in their artworks and the resultant exhibitions can be gory, with the power to shock. Damien Hirst famously plonked a plasticised cow in a tank and caused a bit of an outcry amongst animal activists, who were concerned about the treatment of the animal.

Reme Jr’s works certainly are humane! Finding inspiration from the purity of nature around us, he beautifully isolates animals within jars so that we can further appreciate them.

We often find it funny to observe a picture of an animal dressed up like a human, doing seemingly human things. Beyond the obvious comedy, what can art tell us about what it means to be human? We share the same planet with other species, yet our worlds are completely different.

Anthropomorphism is the term used to describe the attribution of human traits on non-human entities. It is considered an innate tendency in our psychology. We draw faces on objects, find familiar forms in everyday objects and are producing robots that mirror our characteristics. Perhaps the best-known modern example of satirical anthropomorphism is George Orwell’s 1945 book Animal Farm.

Although they appear kitschy now, the American artist C.M. Coolidge produced a series of works known as Dogs Playing Poker, all painted between 1894 and 1910 that were incredibly popular. They depicted - yes you’ve guessed it - a group of dogs sitting around a poker table enjoying a good game. That motif has been repeated and revisited again, highly parodied and become an important part of art history.

This is a central theme in Elizabeth Vlasova’s work. She depicts animals engaged in often mundane activities, usually smoking, going about their everyday lives, taking the form of the dominant species. By seeing our characteristics in animals, it is like holding up a moral mirror for reflecting the best and worst of the human race.

We take a closer look at the Abstract Expressionism movement and explore how it has shaped contemporary art today.

This International Women’s Day, we have chosen to celebrate female representation in the arts and take a closer look at the history of the Feminist art movement.