Artfinder is coming to ARTROOMS 2017 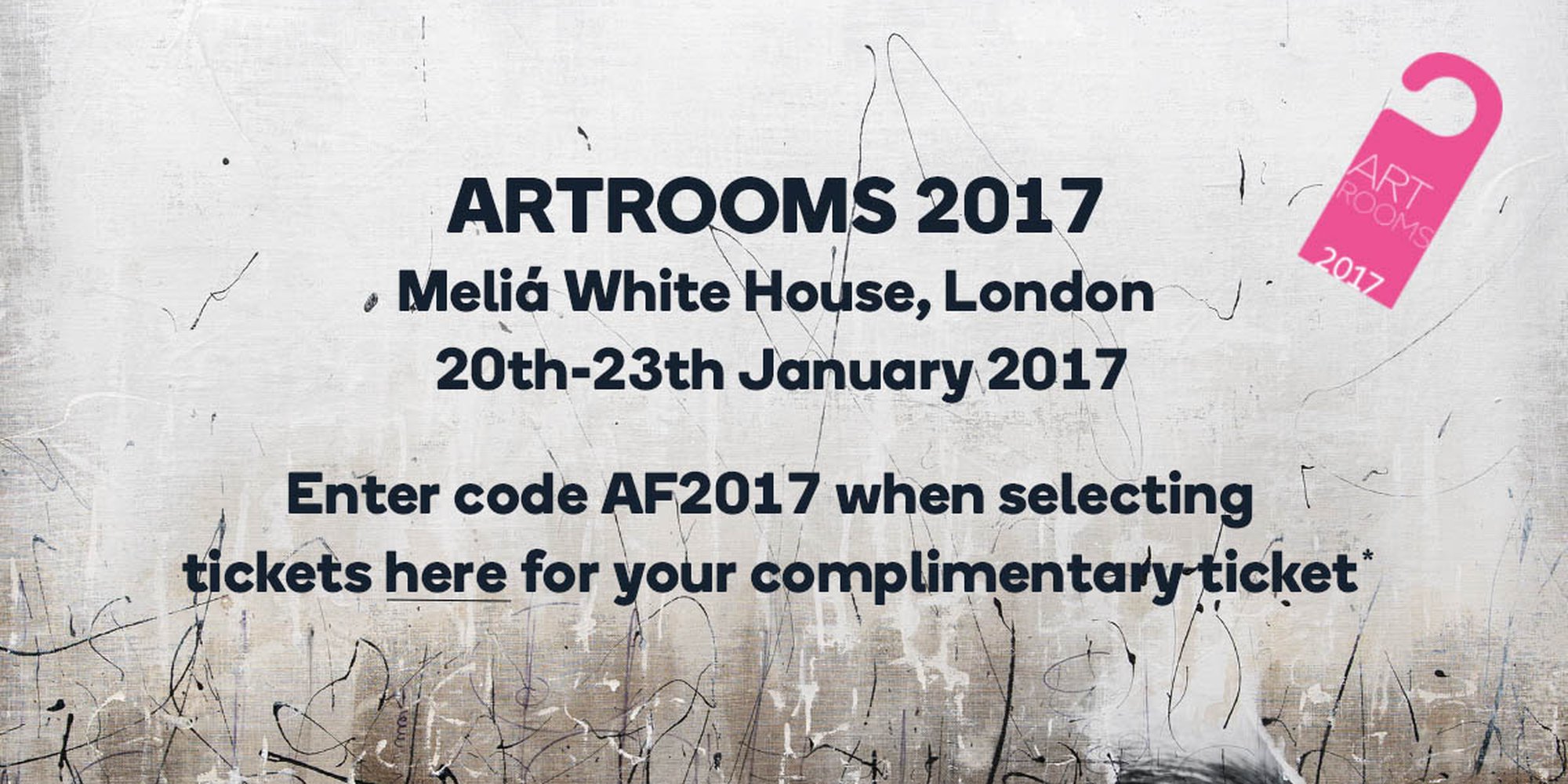 Yes that's right our big, red, naughty dot is coming to ARTROOMS 2017. Come along and experience art as you've never seen it before.

We're proud to announce that for a second year running, we are the official media sponsors of ARTROOMS. Are you out and about in London and fancy joining us? Get your free tickets by entering AF2017 when selecting tickets here.

ARTROOMS is London's largest art fair for independent artists, set within the elegance of the Meliá White House near Regent’s Park. The fair is an interactive showcase of today’s most thought-provoking, mind-bending and awe-inspiring artists, carefully selected from across the globe by a panel of leading industry experts, art critics and buyers.

This is your unique opportunity to come and scout art news and trends from all over the world.

Both Svetlana and Brian were selected to exhibit by the Artfinder team, so we caught up with them for a sneak preview.

Svetlana Bogatcheva is a self-taught multidisciplinary artist originally born in St.Petersburg, Russia in 1986. She now lives and works in Finland and has previously exhibited at the Royal Academy Summer Exhibition. The experimental nature of Svetlana's one-of-a-kind sculptures - created using materials such as rope, plaster, lentils, nylon, latex and paint - really caught our eye.

On coming to ARTROOMS 2017, Svetlana said:

**"I am very happy to have the opportunity to be a part of ARTROOMS 2017 and to show my work within such beautiful interiors. I will present pieces from a body of work titled Mother Creator, which I completed after the birth of my son, River.

These pieces examine the role of the woman today and throughout human evolution, as well as within an imagining a world in which women are central to society and celebrated for being the creators of life itself and everything worth living for.

I look forward to seeing you there!"**

Based in the US, Brian Huber's work plays on the abstraction of landscapes, architectural elements and the impact of man on the natural world. Raised in New Orleans, Brian was influenced not only by an unconstrained culture and the rhythmic motions of blues and jazz, but also an environment where hurricanes could change or destroy everything in minutes. We spoke to Brian about what to expect in his space this year:

**"At ARTROOMS 2017 I will be presenting new work from two series. As part of my process I cut and manipulate giant sheets of acrylic paint to create the distinctively sculptural texture of the pieces. The constant change of light and shadow alters the color and pattern of the work, breathing life into them.

My Braided series of paintings are an abstracted interpretation of the white braided rivers and glacial moraines of the Denali Alaska landscape. Contrasting pieces in the series explore the energy that resides and bursts forth from a seemingly barren landscape.

The Circle Back series was originally inspired by the light and shadow filtered through wrought ironwork that can be found throughout my hometown New Orleans. The pattern on each piece is a continuation of an earlier series that discussed the hidden veil we all wear and how it distorts our views and alters the way we consume reality."**

Whet your appetite? Get your free tickets by entering AF2017 when selecting tickets on Eventbrite.

With the election looming in the United States and with uncertainty overshadowing the art market, Artfinder's CEO casts a magnifying glass over the US...

"Forrest Gump talked about life being like a box of chocolates and not having just one....paint is like that for me! Can't have just one colour, they are all so delicious."