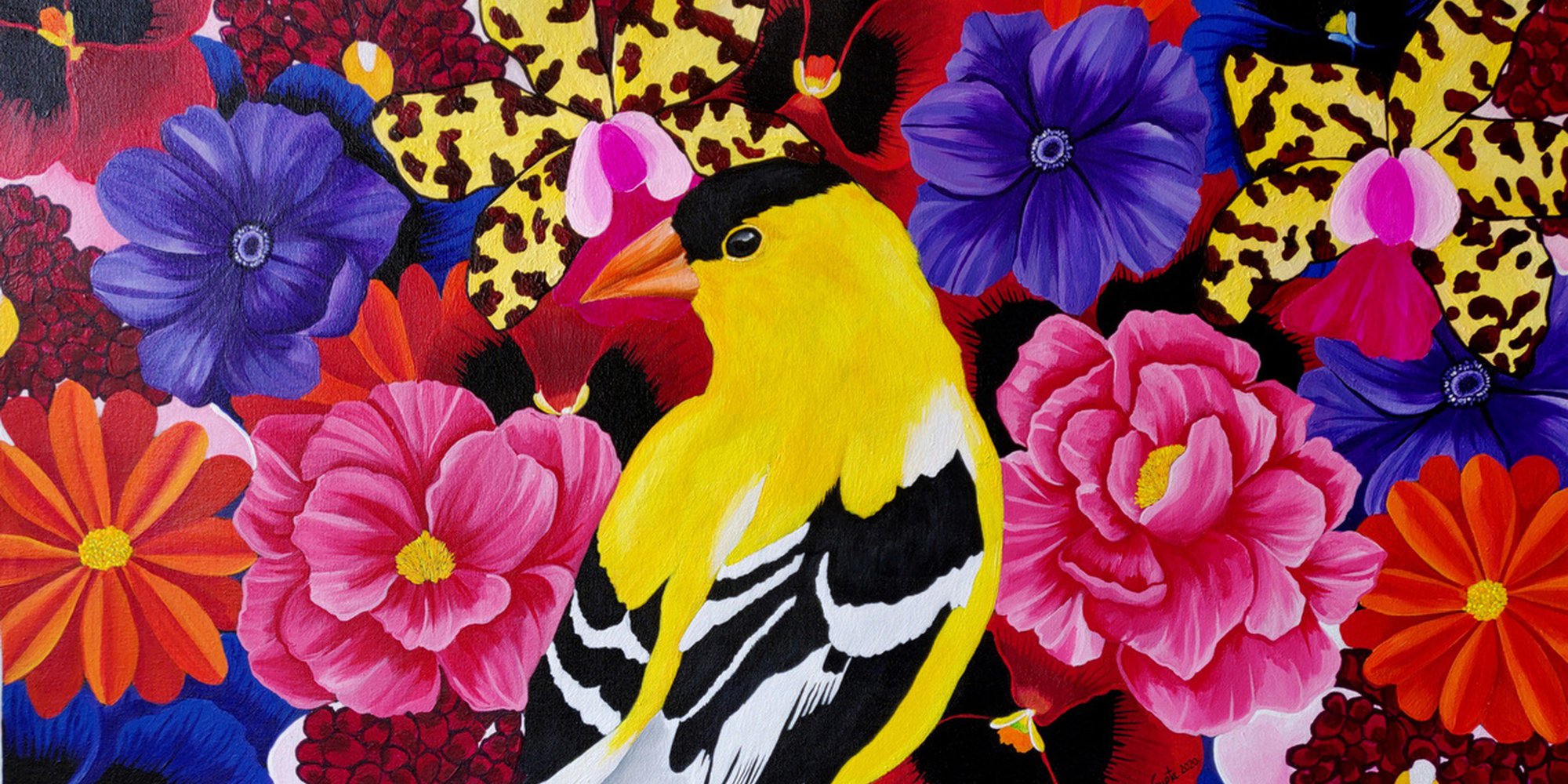 Born on July 6th 1907, Mexican artist Frida Kahlo would have turned 114 this year. Her image is instantly recognisable, having become a truly iconic artist whose personal identity has become as famous as her art itself.

Whilst both her art and her image possess cultural value, she also lived a fascinating yet tragic life and her story makes her work all the more meaningful. Here, we take a look further beyond her celebrated monobrow...

Tragically, Frida was in a violent accident at age 18. She was travelling on a bus that collided with a tram, killing many of the passengers onboard. She was impaled by a handrail that went straight through her pelvis, the impact of which apparently also tore off all her clothes.

Whilst she survived the accident, it left her with a broken spinal column, a broken collarbone, broken ribs, a broken pelvis, and 11 fractures in her right leg. In addition, her right foot was dislocated and crushed, and her shoulder was out of joint. She spent many months recovering in hospital.

2. Frida started painting whilst in hospital

Frida had shown early promise and interest in the arts and it was when she spent many months lying in bed in a body cast, that she turned her hand to painting. To kill the time and alleviate the pain, her parents encouraged her to paint and made her a special easel so that she could paint lying down in bed.

She painted her body cast, then turned the paintbrush on herself, using a mirror hung above her bed. She finished her first self-portrait the following year.

3. Frida was married to the artist Diego Rivera

"I have suffered two serious accidents in my life. One in which a streetcar ran over me ... The other accident is Diego."

Frida met Diego when he was painting a mural at her school. 20 years his junior, theirs was a passionate yet troubled love affair, their most powerful bond being their love of each other’s art. They regularly featured in each other's works and inspired each other’s style of painting, Diego encouraging Frida to paint in the indigenous folk style.

The pair created some of the most important paintings to contribute to the Modernist movement in Mexico, and their relationship was the source of inspiration for many of their greatest works.

Full of highs and lows, the couple proved to be inseparable, divorcing in 1939, only to remarry the next year. Throughout their marriage they both had numerous affairs, Frida’s most well known to be with the Marxist Leon Trotsky. In 1935 Frida painted A Few Small Nips (Passionately in Love), after she discovered Diego had been having an affair with her younger sister, Christina. The painting depicts her heartbreak and anguish over this betrayal, portraying a woman who has been violently stabbed to death by her lover.

4. Frida lived most of her life with chronic pain

Having contracted Polio aged 6, Frida spent 9 months bedridden with the disease and was left with a deformity in her right leg. To cover her leg she wore long skirts in the traditional Mexican style which were to become part of her trademark.

After her accident and long recovery, she went on to have many surgeries and health complications as a result. Frida often depicted her pain and suffering in her work and as she was gaining recognition as an artist in Mexico, her health was declining rapidly which is reflected in her works. Following a failed surgical attempt to support her spine, she created The Broken Column, which depicts her broken, pinned body. Unlike many of her other works, in this work she is alone in a barren landscape, symbolising her isolation and the external forces which have impacted her life.

In later life her leg was amputated at the knee following gangrene and she spent the majority of her last years at her home, before dying at the young age of 47.

5. Frida is most well-known for her self portraits

Frida created deeply personal work and although much of her work is self-portraiture, a lot of her life’s work also centres around her illnesses and struggles. Of her approximate 200 paintings, drawings and sketches, 55 are self-portraits.

Although she also depicted her life struggles and her turbulent relationship with Diego, her image was the subject matter that she most often returned to. Frida once said, "I paint myself because I am often alone and I am the subject I know best".

6. Frida was unable to have children

Whilst Frida desperately hoped to give Rivera a child, sadly after the injuries she suffered in the accident, many pregnancies were medically terminated when doctor’s feared her life was at risk. Another pregnancy ended in miscarriage and became the focus of one of her most well-known and harrowing works, Henry Ford Hospital.

The painting shows a naked and bleeding Frida in a hospital bed, Kahlo is attached by umbilical cords to six objects: a male fetus, a snail, a pelvic bone, an orchid given to her by Diego, a machine, and an orthopedic cast. The snail suggests the slow pace of her miscarriage, whilst the other objects link her to her love and her past.

Unable to have a child with Diego, Frida indulged herself in a menagerie of domestic and wild animals which included spider monkeys, cats, birds, and indigenous hairless dogs called Xoloitzcuintli.

These animals regularly featured in her works and her treasured pets doubled as muses for 55 of the 143 paintings she created in her lifetime. However, there is deeper meaning to the animals depicted in these paintings, many of which were sacred to the Mayans and Aztecs. The animals in her paintings often serve to tell the story of not only her life of misfortune, but also her link to her pre-Hispanic roots and Mexican folklore that she was infatuated with.

8. Frida was a member of the Communist Party

Frida was politically charged from a young age and joined the Communist Party of Mexico after Diego Rivera painted a communist mural for the Ministry for Public Education, with Frida at the centre of it.

Even though Frida was born on July 6th, she insisted July 7th, 1910 to be her birthday, to align with the Mexican revolution. She wanted to be helpful in any way that she could towards the communist revolutionary movement and noted in her diaries that this was her true reason to live.

9. Frida has become a Feminist hero

Frida lived by her own rules - she was openly bisexual, defied gender stereotypes and deviated from the traditional depiction of female beauty in art, instead choosing to paint raw and uncompromising views of the female experience and form.

In the 1970s the interest in her work and life is renewed due to the feminist movement, since she was viewed as an icon of female creativity.

10. Frida died in the house she was born in

Frida was born in La Casa Azul - The Blue House, her family home in Coyoacán, Mexico city. It was here that she settled down with Diego and continued to live until her death in 1954.

Frida Kahlo's fame has been growing after her death. After she passed away, Diego donated the house as well as the artwork it contained. The house was opened as a museum in 1958 and is preserved the way Frida had it in the 1950s, and contains personal artifacts like the urn with her ashes, as well as pre-Columbian artefacts collected over a lifetime with Diego.

How can art help us explore our relationship to wildlife and help us think about how we care for animals and the environment?